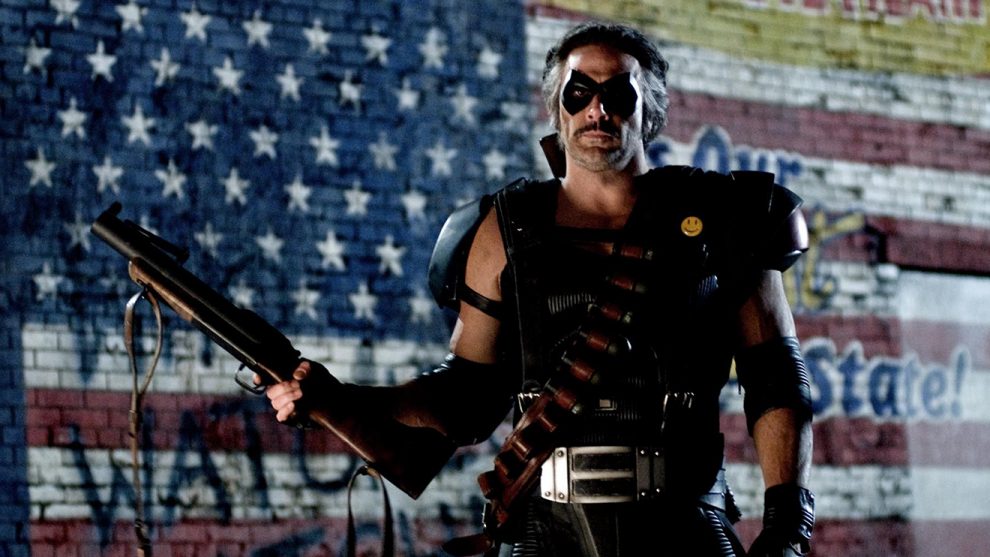 It’s funny: before Watchmen was finally made into a movie, the refrain from fans used to be, “Make it an HBO miniseries. That’s the only way to do it right.” Now that it will, in fact, be that, the fan refrain is, “Oh no, why are they doing an HBO miniseries?” And certainly, if the show were just retelling the same story, they would have a good point. Whatever your feelings about Zack Snyder‘s film, the casting was mostly spot-on, and the story close enough that any subsequent direct adaptation would be–like the Vince Vaughn Psycho remake–too close to ever really do anything but allow the viewers to play compare/contrast.

But today on Instagram, in a lengthy open letter to Watchmen fans (via Variety), Damon Lindelof has clarified his intentions for the show, and it’s probably not what you were expecting.

So, the TL;DR version? He’s been offered Watchmen before by producers who had no clue about the source material, and he turned it down. This time, he’s getting to do what he calls a “punk rock” version and a “remix.” In his series, the events of the original Watchmen comics happened, and are canon. But we’re in the present day now. And he mentions the stakes are different than the end of the world, so this isn’t going to be his take on Doomsday Clock either. It’s not a sequel in that it doesn’t necessarily follow the main characters from the original, but he hopes it will do for contemporary comics media what the original did to comics–rip it all a new one while still being respectful to the form. Oh, and he mentions a racially and gender-diverse writer’s room, so there’s a good chance the protagonists aren’t all straight and white (or blue) this time (Zack Snyder movie Easter egg aside, the actual comics don’t necessarily support the idea that Adrian was anything but).

Dave Gibbons and Geoff Johns have given their approval. Lindelof won’t say if Alan Moore has responded. And he’s sorry if you hate him, but not sorry enough not to take the job. He’s peppered the full letter with references to show off his fan bona fides.

He’s taking a massive chance here, and if it works, it could be amazing. Do you think it can, or do you fear the worst? Let us know in comments.