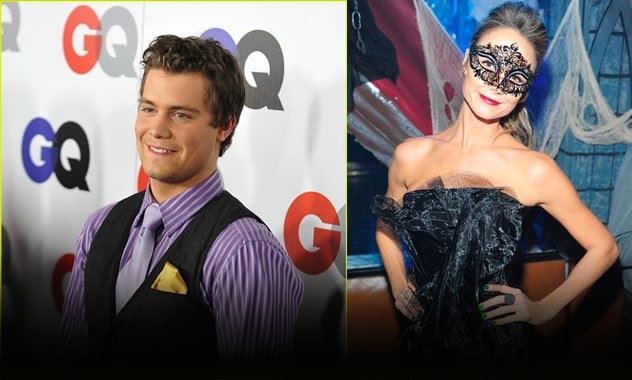 With Halloween coming up this week, celebs took advantage and gave us a bunch of amazing costumes to talk about.

And with any other weekend, there was also a mix of happy news—like a marriage and cute little hamsters—along with sad, unfortunate news.

So, without further adieu, take a look to see what you missed this weekend!

• Halloween Craziness: Actress Emma Roberts channeled her aunt Julia Roberts in Pretty Woman. Ryan Seacrest and Julianne Hough dressed up as Bonnie and Clyde. Kim Kardashian got dolled up as a mermaid, while Kanye West was her captain. Stacy Keibler put on a mask and hosted a masquerade bash in Vegas. Speaking of Sin City, JWoww hung out at Chateau and got nerdy. Meanwhile, the Jolie-Pitt clan went out Halloween shopping.

• R.I.P: Bring It On actress and member of singing group Blaque, Natina Reed, died in a car accident. She was 32.

• Double-Take: The cast of Cloud Atlas is pretty hard to recognize sometimes.

• Oh Say, Can You Sing?: The New Girl‘s Zooey Deschanel lent her vocal chords to baseball fans during Game 3 of the World Series. The next day, Demi Lovato performed the National Anthem, but drew mixed reactions on whether or not she actually has the X factor.

• Hospitalized: WWE announcer Lilian Garcia was hit by a car. Her condition is unknown.

• Exes Step Out: Jessica Simpson‘s parents were both spotted over the weekend after their divorce news was announced. Joe Simpson seemed to be on-the-go, while Tina Simpson was all smiles.

• Peep This: Coco is “excited” to takeover for pregnant Holly Madison on the Peepshow stage in Vegas.

• Broadway Halt: Hurricane Sandy, aka Frankenstorm, is shutting down Broadway production on the East Coast.

• Biebs’ Latest Additions: Justin Bieber showed off some new ink and a new pet over the weekend.

Demi Lovato: Living in the Spotlight Is a ‘Blessing and a Curse’
Madonna Booed Over Obama Support In New Orleans