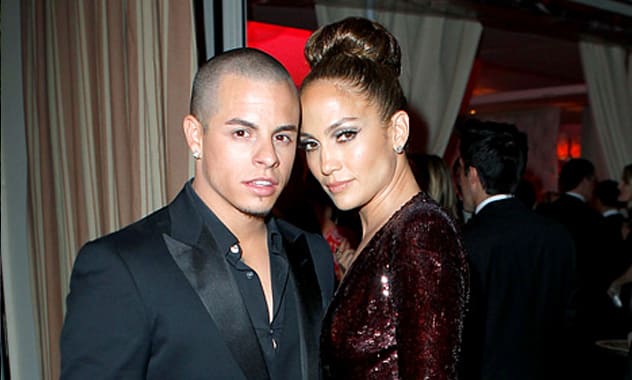 We can’t all go Easter egg hunting like Courtney Stodden or get a big birthday surprise from Jennifer Lopez, but if Easter or Passover festivities made you miss out on this weekend’s latest news, don’t worry.

We’ve got all the deets on those stories, plus the Hunger Games three-peat box office win, and more, right here.

• Selena’s Big Fan: James Franco proved he can’t get enough of his Spring Breakers costar Selena Gomez‘s hit, “Love You Like a Love Song,” when he posted a video of himself via his WhoSay page lip-synching the pop tune.

• From Beau to Conservator: Britney Spears‘ fiancé, Jason Trawick, petitioned a court to be added as the pop star’s co-conservator and join Spears’ dad, Jamie Spears, in taking on legal responsibility over Britney.

• Saturday Night Laugher: Sofia Vergara hosted Saturday Night Live this weekend, doing a spot-on impression of Fran Drescher‘s signature laugh and taking a few jabs of her own thick Colombian accent while she was at it.

• Lost Legend: 60 Minutes Icon Mike Wallace passed away Saturday surrounded by family and friends at Waveny Care Center in New Canaan, Conn., at the age of 93. The TV reporter, known for his hard-hitting reporting style, won more than 20 Emmys during his career.

• New ‘Do: Anne Hathaway was snapped sporting chopped locks while leaving a London nightclub Saturday. The One Day star reportedly snipped her hair for her upcoming role as a starving prostitute in Les Miserables.

• Bad Behavior?: Fresh off the end of her probation,c was accused of getting into an altercation with a woman in a nightclub. Her rep insists there is no truth to the accusations.

• Glee Treatment: Selena Gomez’s hit song, “Love You Like a Love Song,” will be featured on an upcoming episode of Glee, E! News has learned exclusively. Lea Michele will belt out the tune in Glee‘s prom episode.