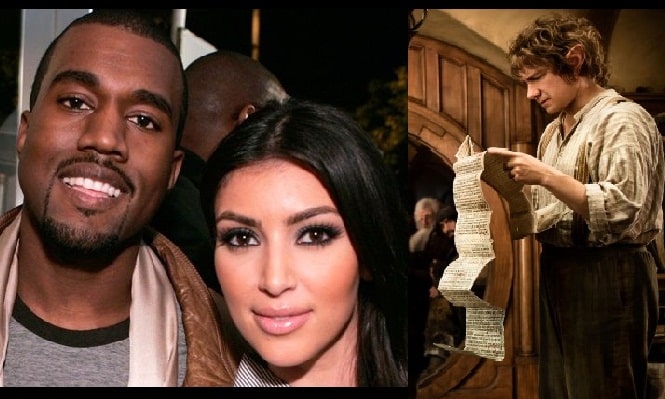 It was all about babies this weekend: Kanye West announced that he and Kim Kardashian are expecting a little bundle of joy—what a way to ring in 2013!

And that wasn’t all the stars were up to this weekend. We’ve got all the details on those stories and more right here!

• Baby Kimye: Kim Kardashian and Kanye West are expecting! The rapper announced the big news at a concert in Atlantic City on Sunday. Family and friends took to Twitter to share well wishes.

• Engagement Bling: Brandy Norwood showed off her massive rock while on vacation in Hawaii with her newly cemented (and shirtless) fiancé Ryan Press Saturday.

• Royal Treatment: Ewan McGregor and Stella McCartney were honored by Queen Elizabeth II, receiving Order of the British Empire (OBE) titles for their charity work and accomplishments in their careers.

• Bumpin’ and Proud: Jessica Simspon showed off her pregnant belly while on vacation in Hawaii.

• Box Office Magic: The Hobbit: An Unexpected Journey topped this weekend’s box office for the third straight week with $32.9 million, followed by Django Unchained and Les Miserables with $30.7 million and $28 million, respectively.

• Busted: Just a couple of days after Katt Williams was arrested for felony child endangerment, new details surfaced revealing that the reason behind his bust was a loaded gun found at his home that had been reported stolen.

• Doting Dads: Chris Hemsworth was spotted with his daughter India Rose; the pair—along with mama Elsa Pataky—met up with Liam Hemsworth for lunch. Meanwhile, Orlando Bloom hit the trails of Runyon Canyon in Los Angeles with his son Flynn.

• Get Well Soon: Hillary Clinton has been hospitalized for a blood clot. A senior advisor from the State Department says the clot was found while Clinton was at a follow-up exam about a recent concussion.

• They’re on a Boat: Leonardo DiCaprio and Jonah Hill enjoy a cruise around Sydney with some beautiful ladies.