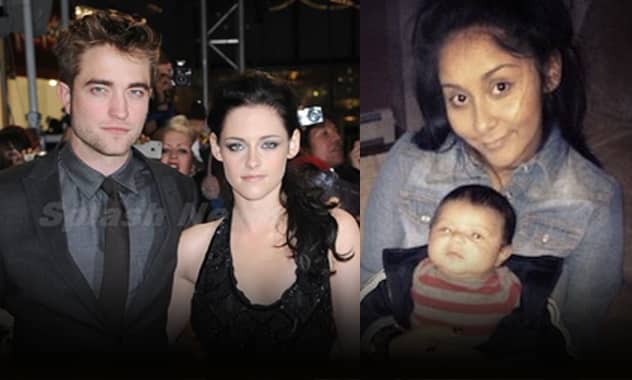 With the passing of Hurricane Sandy late last week, it’s no doubt Frankenstorm owned the weekend.

Everything from Saturday Night Live to East Coast-based celebs, like Michelle Williams and Jason Segel, were affected. All the while, the West Coast kept it mellow with the likes of Robert Pattinson and Kristen Stewart out supporting one another, and even Snooki going au naturale for the camera.

• Les more: Les Misérables fans were offered a glimpse into the film with two new posters revealing how Sacha Baron Cohen and Helena Bonham Carter will look in the Tom Hooper movie adaptation of the classic musical.

• Elton Wins: Elton John was declared the winner in a copyright case brought on by songwriter Guy Hobbs, who had sued the rose-colored glasses-wearer,  claiming that his tune “Natasha” had been copied by John’s similarly titled 1985 hit “Nikita.”

• Cowboys vs. Indians vs. No Doubt: No Doubt pulled their “Looking Hot” video off the Internet after complaints arose from Native Americans and released a statement apologizing to those offended.

• Chris Rock the Vote: Comedian and actor Chris Rock released “a special message for white people” and took it upon himself to ensure us “Barack Obama is the white president you can trust.”

• Wrecking It: Disney’s Wreck-it Ralph took the box office by storm, bringing in an estimated $49.1 million. Making the animated movie a history-maker as it now stands as the biggest-debuting animated movie in Disney history (not including the Pixar films).

• Robsten After Party: The back-together couple was spotted together at Kristen Stewart’s On The Road after party. But don’t get too excited—Robert Pattinson and K.Stew kept their distance respectively until leaving together just before 1 a.m.

• Baby Bumpin: Supermodel Gisele Bunchen was spotted sunbathing in a bikini with her baby belly in Miami, Fla.

• Clueless about Clueless Reunion: Alicia Silverstone and writer-director Amy Heckerling grossed only $500 at the Friday-Sunday box office for their movie Vamps, although reviews weren’t all bad!

• Ferrell for President: Funnyman actor Will Ferrell lent his voice and comedic side to President Barack Obama in a hilarious campaign video, urging everyone to vote in exchange, Ferrell promised to do anything, including eating toenails!

• Gimme 20!: 30 Rock actor Alec Baldwin dropped down and did push-ups in front of wife Hilaria Thomas before the Rise of the Guardians premier