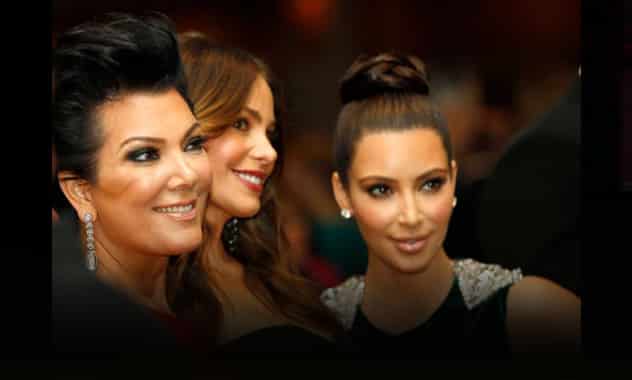 While last year marked the lavish royal wedding of Prince  William and Kate  Middleton, the couple kept their first wedding anniversary far more  under wraps. But, in case you missed the couple’s big day this year, or  all the celebrity attendees and comedic fodder at the White House  Correspondents’ Dinner, don’t worry.

We’ve got all the details on that, Kanye  West‘s thigh-baring wardrobe malfunction, and much more, right  here.

• Hollywood Gets Political: Celebrities, politicians  and media big wigs attended the 2012 White House Correspondents’ Dinner Saturday evening in  Washington, D.C., with President Barack  Obama and host Jimmy  Kimmel taking the stage to entertain the crowd with jokes about Kim  Kardashian, Lindsay  Lohan, the Secret Service, the president himself and much more.

• Raging Rant: Mel Gibson finally addressed his infamous taped  tirade against Showgirls screenwriter Joe  Eszterhas, telling Jay  Leno on the Tonight Show Friday, “Maybe you  don’t know this about me, but I’ve got a little bit of a temper.”

• Pants-Sagging Snafu: After having dinner with Kim  Kardashian Friday night, Kanye West had a bit of a wardrobe malfunction when he  exited his Maybach with his pants falling down, exposing his thigh. Luckily, his  thigh-baring incident hasn’t stopped him from making a good impression on Kim’s family.

• Paper Anniversary: Prince William and Kate Middleton  celebrated their first wedding anniversary Sunday. The couple wed April 29, 2011, at Westminster Abbey in London in  a lavish ceremony watched live by millions around the world. The royal couple  rang in 365 days of wedded bliss with a low-key night together.

• Renewing Vows: LeAnn  Rimes and Eddie  Cibrian continued to celebrate their first year of marriage  together by renewing their vows Friday, after spending the previous  weekend on a romantic getaway in Calabasas, Calif.

• Birthday Girls: Penélope  Cruz and Jessica  Alba both had B-days Saturday, with the Pirates of the  Caribbean star turning 38 and the Machete star celebrating her 31st.

• A New K.Stew: Kristen  Stewart is gearing up to play an “edgy and sexy” con artist in the  upcoming, Cali, which she will also produce.

• Record-Setting Action: The Avengers hasn’t  opened in America just yet, but it’s already amassed a whopping $178.4 million  worldwide since it opened last Wednesday, setting records across the world.

• Thinking Like a Winner: Think Like a  Man nabbed the top spot in this weekend’s box office again with $18 million, followed by The  Pirates! Band of Misfits at $11.4 million and The Lucky One  at $11.3 million.

• Speaking Out: Beyoncé  finally addressed rumors that she faked her pregnancy, calling tales  of a Blue Ivy surrogacy “crazy.”

• LOL: Robin  Williams chatted exclusively with E! News and shared some funny  thoughts on Britney  Spears‘ conservatorship. We caught up with the legendary actor at  the Comedy Awards on Saturday night in New York City.

• Party Girls: Dianna Agron had a circus-themed birthday bash with Taylor Swift over the weekend.  The Glee star celebrated her 26th birthday in a trapeze artist  costume.

• Backstreet Baby: A.J. McLean announced via Youtube on Sunday that he and wife Rochelle DeAnna Karidis are expecting their first child  together. The couple wed in December of last year.