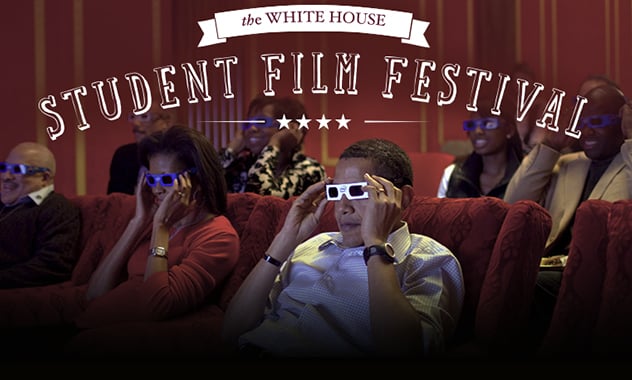 On Friday, the American Film Institute  will participate in the first White House Film Festival, a screening of short films created by K-12 students on the subject of technology in education. More than 2,000 videos were submitted and finalists were invited to screenings in the East Room.

The event, a collaboration of AFI and the White House, highlights the Administration’s commitment to getting high-speed Internet connectivity and educational technology into classrooms. President Barack Obama will deliver remarks on his ConnectED goal of transforming American education by connecting 99% of students to next-generation broadband and wireless technology within five years.

More than 100 students, teachers and parents will attend the event, which also includes a preview the first episode of the TV series “Cosmos: A Spacetime Odyssey.” “Cosmos” will debut March 9 simultaneously across multiple U.S. Fox networks, including Fox, National Geographic Channel and FX. It will also be available on 220 channels in 181 countries. The series will continue its 13-episode run on Fox on Sundays and on NGC Mondays. Seth MacFarlane has teamed with Carl Sagan’s original collaborators for the 1980 series, including writer-executive producer Ann Druyan and co-writer Steven Soter, on the new edition.

The White House Student Film Fest is the latest in AFI’s long links to D.C., where the Institute was founded in 1965. AFI annually presents its documentary festival, AFI Docs, in throughout Washington and at the historic AFI Silver Theatre. This year, AFI Docs runs June 18-22.

“AFI is proud and honored to support the White House in its celebration of tomorrow’s storytellers, “ said Bob Gazzale, President & CEO of AFI. “Here they have shown that film and technology will help lead the nation forward – an enduring reminder that movies matter.”