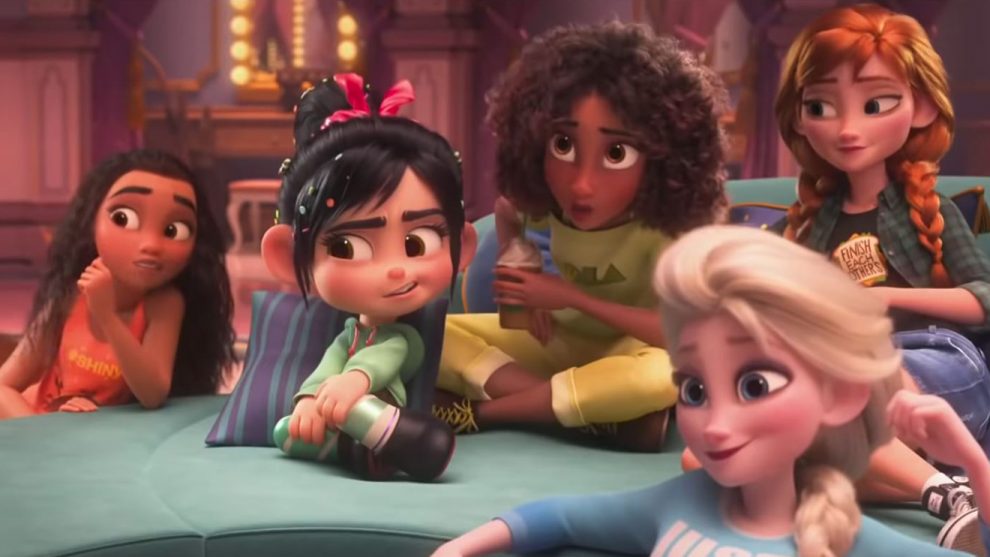 An important battle has been won for representation in Disney’s upcoming Wreck-It Ralph sequel film, Ralph Breaks the Internet. After criticism and accusations of colorism surrounding previous images of the movie’s depiction of Princess Tiana, Disney has reanimated its first black princess in advance of the film’s Nov. 21 release date, the Wall Street Journal reports.

Back in May, Disney began releasing the first images and video of the Disney princess reunion that occurs in Ralph Breaks the Internet. In August, another picture of the princesses — including Snow White, Moana, Elsa, Pocahontas, Cinderella, Mulan, Tiana, and more in their pajamas — was published by EW.

But fans immediately noticed that even though Tiana has natural hair in the photo, she suddenly looked different when compared to both previous Ralph images and her original look in 2009’s The Princess and the Frog, the Huffington Post reported at the time. The updated Tiana appeared to have lighter skin and a narrower nose than her original depiction.

Viewers immediately called out Disney for the perceived changes, and civil rights nonprofit Color of Change created a petition to tell Disney to “stop whitewashing their black characters” and also reportedly met with Disney to talk over their concerns. Their campaign and the widespread fan reaction worked: the newest Wreck-It Ralph trailer, which was released on Sept. 20, features a Princess Tiana who looks more like her 2009 movie counterpart.

In a statement released to Teen Vogue, Color Of Change’s senior campaign director Brandi Collins-Dexter explained why the group is speaking up about this problem and the subsequent victory of getting Disney to reanimate Tiana back to her original appearance in the Princess and the Frog movie.

“Disney’s decision to restore Princess Tiana’s image to that of an unapologetically Black princess with full lips, dark skin and dark hair in Ralph Breaks the Internet: Wreck-It Ralph 2 is a victory for Color Of Change members, Black children and their parents, and Black audiences who want to see the variety of shades, shapes and sizes of Black characters accurately represented in the arts,” Brandi wrote in the statement.

She added, “By redrawing Princess Tiana — Disney’s first and only Black princess — in Ralph Breaks the Internet as she was in Princess and the Frog, Disney has shown its commitment to addressing the concerns of Color Of Change members and the Black community. Disney is an incredibly powerful and influential company and its decisions have far-reaching implications for other companies that provide entertainment for children and adults around the world.”

Color of Change president Rashad Robinson echoed Brandi’s official statement on Twitter. “Because of COC members and convos with @DisneyAnimation, Princess Tiana has been restored to her original depiction,” he wrote. “Now when Black girls watch #WreckItRalph2, they’ll see Tiana and other princesses of color that actually looks like them on screen #BlackGirlMagic.”

Big news. Because of COC members and convos with @DisneyAnimation, Princess Tiana has been restored to her original depiction. Now when Black girls watch #WreckItRalph2, they’ll see Tiana and other princess of color that actually looks like them on screen #BlackGirlMagic pic.twitter.com/4ZPJm4aZyz

People were initially excited to see Tiana in Ralph Breaks the Internet, especially when it came to her natural hair, which was widely praised after the photo came out. But accurate representation is absolutely non-negotiable, as a number of people illustrated in responses to the controversy. One person on Twitter pointed out, “Thank you for making Princess Tiana her actual color again. Should’ve never changed that to begin with.”

Just watched the new Wreck It Ralph trailer and:
1. Thank you for making Princess Tiana her actual color again. Should’ve never changed that to begin with
2. Movie looks dope. Trying to go see it with somebody’s daughter