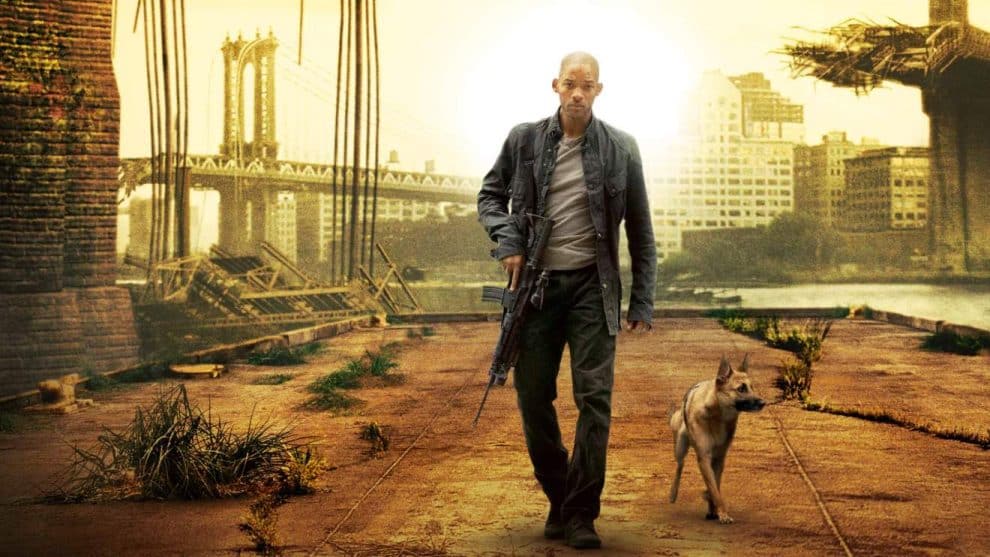 Warner Bros. is upping the stakes on its I Am Legend franchise to a stratospheric level. For its next chapter, the studio is bringing back not only original star Will Smith but also Black Panther actor Michael B. Jordan in what will rep the duo’s first big movie together as stars and producers.

Plot details, of course, are being kept under wraps.

Oscar winner Akiva Goldsman, who adapted the Richard Matheson’s 1954 novel for the original 2007 movie, also is returning to pen the follow-up and produce as well.

All these deals are closed, I understand, but no director is attached as the project still is being developed. Francis Lawrence directed the original I Am Legend.

Jordan and Elizabeth Raposo are producing via their Outlier Society banner. Smith and Westbrook Studios Co-President/Head of Motion Pictures Jon Mone will produce the project, with Ryan Shimazaki overseeing on behalf of Westbrook Studios. James Lassiter will serve as EP. Goldsman and Greg Lessans will also produce via Weed Road Pictures.

I Am Legend, starred Smith in a nearly deserted postapocalyptic New York City amid zombies, opened to $77.2M in early December stateside and went on to gross $256.4M domestic and $585.4M worldwide.

The big news for Smith comes in the wake of being Oscar-nominated for Best Actor and Best Picture for King Richard, as well as landing  Best Actor wins at the SAG Awards and NAACP Image Awards. The film racked up a total six Oscar noms.

Outlier Society also is in development with Warner Bros on Static Shock, a live-action adaptation of DC Comics’ groundbreaking series, penned by Randy McKinnon and with Reginald Hudlin also producing alongside Outlier. the company is in production on MGM/UAR’s Creed III, with Jordan directing and starring as Adonis Creed. The film is slated for release on November 23.

Other film projects on Outlier Society’s upcoming slate include Amazon Studios’ adaptation of the novel You Made a Fool of Death with Your Beauty by Akwaeke Emezi and MGM’s The Thomas Crown Affair, being written by Wes Tooke. In the TV space, Outlier’s upcoming projects include Amazon Studios’ Victories Greater Than Death, The Broken Earth and the Muhammad Ali series The Greatest.

Westbrook Studios film projects include King Richard, based on the life of Richard Williams, father to tennis greats Serena and Venus, as well as the upcoming high-profile projects Emancipation, which sold to Apple TV+ in the largest film festival acquisition deal in history; sports drama Redd Zone, starring Jada Pinkett Smith at Netflix and based on the true story of Tia Magee and her sons; the hip-hop musical feature Summertime, based on Smith and DJ Jazzy Jeff’s hit song for Sony Pictures’ Screen Gems; Clean Air, a joint project from Westbrook, NASCAR and the Chainsmokers; action-thriller Fast & Loose, starring Smith and directed by David Leitch; and The Soul Superhero, a live-action musical fantasy film with a screenplay co-written by Kwame Kwei-Armah and songwriter-producer Freddy Wexler and based on an original story by Wexler.

Weed Road Pictures is the production company founded by producer, director and Oscar-winning writer Goldsman. Along with the original I Am Legend, it has produced films including Deep Blue Sea, Constantine, Mr. & Mrs. Smith, Hancock, Fair Game, Lone Survivor and Without Remorse. Upcoming films include Brilliance starring Smith; Major Matt Mason, starring Tom Hanks; The Billion Dollar Spy, directed by Amma Asante; Firestarter, directed by Keith Thomas; Flight, directed by Johannes Roberts; Caster, an adaptation of the YA book by Elsie Chapman; Back to the Outback, an animated comedy for Netflix; and Meet Cute, starring Kaley Cuoco and Pete Davidson. TV titles include Titans, which is co-executive produced by Berlanti Productions and DC Entertainment; Star Trek: Picard and Star Trek: Strange New  Worlds on  Paramount+; The Amazing Adventures of Kavalier and Clay, based on Michael Chabon’s Pulitzer-winning novel; Gormenghast, based on the books by Mervyn Peake; Havenfall, based on the novel by Sara Holland; and Crowded Room, an Apple anthology series starring Tom Holland.

Jordan and Outlier Society are represented by M88, WME, and Gregory Slewett. Smith is represented by CAA. Goldsman is repped by CAA and Hansen Jacobson Teller.

Smith gave a heads-up on the project soon after Deadline post this report: