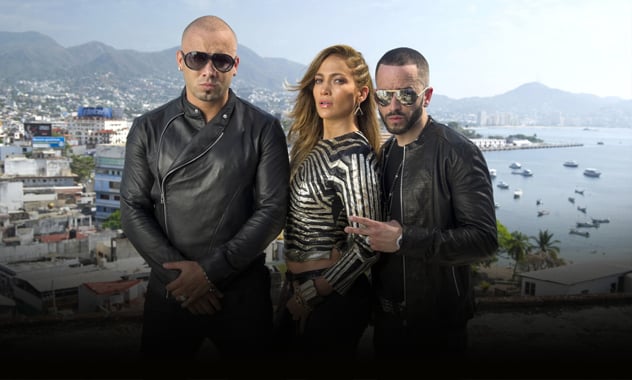 Latin urban duo Wisin & Yandel have dropped out of the upcoming North American concert tour with Enrique Iglesias and Jennifer Lopez due to “unresolvable issues,” according to a spokesperson for the artists.

“It is with sadness and regret that we have decided to withdraw from the tour,” Wisin & Yandel said in a joint statement. “Our sincerest apologies go out to our fans.  We wish Jennifer and Enrique, as well as the tour, the very best.  We promise to do our best to announce an upcoming U.S. tour in the very near future as we are as eager to be out there performing for our fans as they are to see us.”

Randy Phillips, the president of AEG Live which is promoting the tour, said that the duo’s departure was mutual among all involved parties. “It was amicable,” said Phillips, who was reached by phone Friday (June 29). “It was probably better for them to do their own tour.”

When asked to elaborate about the issues surrounding the departure, Phillips said it was “a host of things” that led to the final decision made on Thursday.

“It was better for their careers to do their own tour then to be a third act on this tour,” Phillips said. “There were timing issues, how long the show could be and just a myriad of issues.”

The tour, which has been extended and scheduled to start on July 14, will include a new opening act to be named next week, Phillips said. “It will be an artist that caters to a Latin audience.”

Phillips emphasized that Wisin y Yandel have had strong working relationships with both Lopez and Iglesias and he expects that they will continue collaborating with each other in the future. Lopez and the duo teamed up recently on the song “Follow The Leader,” which on YouTube has already received nearly 28 million views.

Last year, Iglesias was supposed to tour with Britney Spears during the summer, but that never happened and Iglesias then called on Pitbull and Prince Royce for a fall U.S. tour. The Euphoria Tour grossed more than $7.2 million in its final nine dates. At New York’s Madison Square Garden it made more than  $1.3 million on Nov. 4, according to Billboard Boxscore.

In recent months Wisin & Yandel have announced various projects including a clothing line developed in conjunction with designer Marc Ecko and scheduled to be available at Macy’s stores nationwide beginning in July.

The Grammy-winning duo’s new album, Lideres, will be released on July 3.