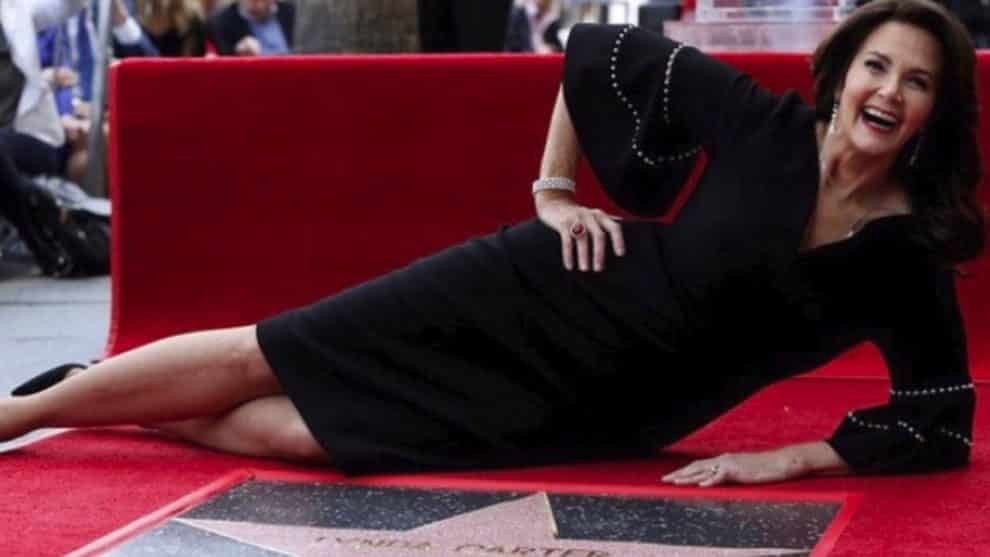 There’s a wonderful new addition to the Hollywood Walk of Fame.

Original Wonder Woman star Lynda Carter received a star on the Walk of Fame on Tuesday, honoring her 50-plus years in show business. The 66-year-old star has worked as an actress, singer, and pageant queen, but she’s best known, of course, for playing the titular superhero and feminist icon on the 1970s Wonder Woman TV show.

Fittingly, Carter paid tribute to her most famous role by striking Wonder Woman’s iconic pose at the ceremony.

CBS CEO Les Moonves was on hand to help present Carter with her star, along with director Patty Jenkins, who helmed the 2017 Wonder Woman movie, starring Gal Gadot.

The new Wonder Woman, Gadot, also paid tribute to Carter on Twitter, writing, “Thank you for your loving kindness shared by the sisterhood of women of wonder.”

Speaking with Variety before the ceremony, Carter also teased that she’d be open to appearing in Jenkins’ upcoming Wonder Woman sequel, saying, “I’m just going to leave it up to the universe and Patty.” The sequel is scheduled to hit theaters Nov. 1, 2019.

Congrats my beloved beautiful @RealLyndaCarter ❤ for receiving a star on the Hollywood Walk of Fame🌟 Thank you for your loving kindness shared by the sisterhood of women of wonder 😍 #WomenOfWonder pic.twitter.com/sgaqoElLOi