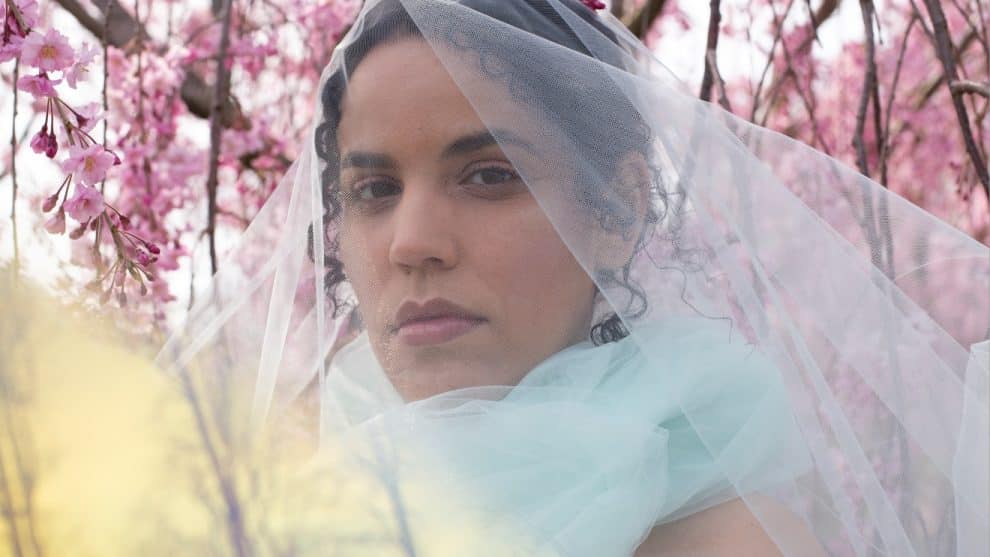 Xenia Rubinos, the prolific New York City-based artist just off the heels of the critically-acclaimed release of her latest album Una Rosa, has released “Madrugada” – the first in a series of reimagined tracks from the album.

‘Madrugada’ originated as a part of the Sonos podcast Music Is Everything! with Elia Einhorn (listen to the episode here), where Xenia worked on various  reworks with a number of all-star collaborators. The track, a reimagining of “What Is This Voice” from the Una Rosa, features a collaboration with Cuban rapper El Individuo, who crafted extremely impactful verses that float above atmospheric electronics, interwoven with Xenia’s soulful vocals. The track is cinematic, peppering threads of light into an ominous soundscape. ‘El Individuo had just arrived to NYC from Habana for the first time and came straight into this session without us ever having met and just blew us all away,’ says Xenia about the session.

‘It feels like the thaw of Spring, like the last frost leaving, like the first flower buds starting to poke through. In the lyrics he talks about dawn and the mysterious vale of those hours right before the morning light hits. I added in a Rhodes line in post production at the end of the track that kind of reminded me of the melody that clocks play, “Westminster Quarters” and the main riff from Mt. Airy Groove by Pieces of a Dream’ Xenia remarks. ‘Creating this rework in a  whirlwind cypher with this supergroup of musicians felt like opening a secret trap door we found in the original song.’

Also contributing to the remixes are Xenia’s longtime collaborator and producer of Una Rosa Marco Buccelli as well as Prince Of Queens of Combo Chimbita on modular synths. The remixes were mixed by Mark Yoshizumi.

Xenia welcomes this new remix with a batch of tour dates across the U.S. and UK this summer, including appearances at Pitchfork Festival in Chicago and End of the Road Festival in Salisbury.

“Madrugada” is out now on Anti-.