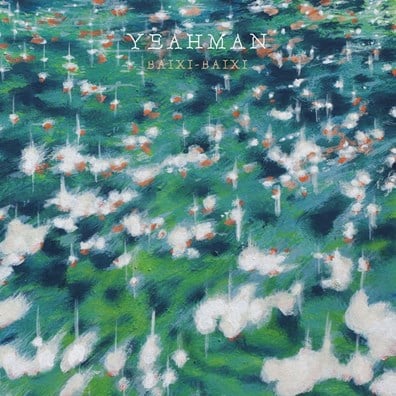 “Ostriconi” is the first full length album from French multi-instrumentalist Jean Dasso, better known as Yeahman, and its release is guaranteed to kick the new year off with dreamlike finesse. “Baixi Baixi” is the second single from the album, which sees Liane and Vera – sisters and singers behind “Aluna Project” – join forces with Yeahman and guitarist Kino B. to create a lush and emotional chiller. Their lyrics convey not only the ways in which nature speaks to us, but also of the untold wealth nature provides us that we must protect, enjoy and be grateful for. All of these elements combine into crisp and tropical ecstasy on “Baixi Baixi”.

Jean Dasso (Yeahman) began his musical career with a clear desire and vision to gather different sounds and rhythms from all around the world. While his first EP “Transborda” (Frente Bolivarista, 2017) was more focused on latin-american vibes, his next project and first full length album “Ostriconi” promises to expand his musical universe. His single “Miniyamba” (Shika Shika, 2018) performed with Mina Shankha and Hajna, quickly reached millions of streams and garnered interest from national radio broadcasts that propelled his career to the next level. He’s now identified as an artist in the vanguard of the global-electronic scene, alongside other exciting artists such as Nicola Cruz, Chancha Via Circuito and El Buho. It is thus no surprise that he has been invited to perform on stages and at festivals around the world, in diverse areas such as Colombia, Brazil, Mexico, the United States, Canada and of course around his native Europe.

‘SELENA: THE SERIES’ CAPTIVATES FANS PART 2 PREMIERES MAY 14
Rosamund Pike and Peter Dinklage In “I CARE A LOT” – Trailer