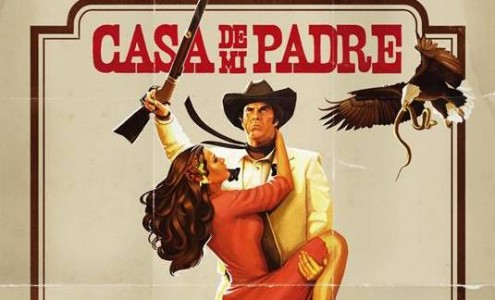 ZayZay.Com was on the Red Carpet for the Premiere of “Casa De Mi Padre” in Miami where we spoke to Angelica Maria, Lourdes Stephen, Genesis Rodriguez, her father, “El Puma” Jose Luis Rodriguez, and the man himself, Will Ferrell

To see what some of the stars had to say about the movie check out the clips below:

We chatted with Telenovela Legend, Angelica Maria, right before she went in to see the movie for the first time. Let’s hear her take on Will Ferrell making a spoof about the genre that made her a legend.


We caught up with Lourdes Stephen from Univision’s “Sal & Pimienta” to talk about her anitcipation of seeing this movie for the first time. Did it have to take an American to make a big budget Latino movie?
Here what Lourdes has to say about it!

We caught up with Genesis Rodriguez and her father Jose Luis Rodriguez right before they went into the theatre to see the movie for the first time with a star studded audience. Was Genesis a good girl growing up? Her father spills the beans!

We caught up with star of the movie Will Ferrell, right before he went in to see the movie for the first time with an audience. Are Latinos lazy? See what Will Ferrell has to say on the matter.