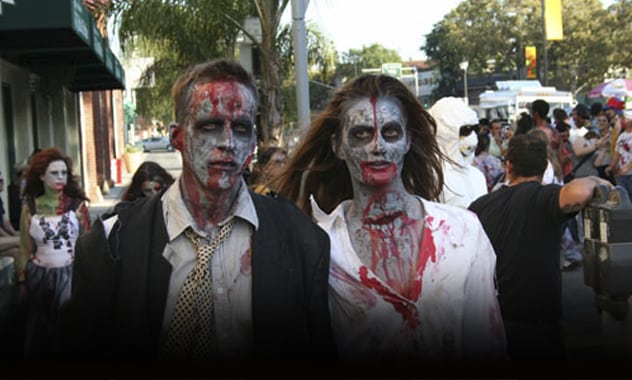 “The zombies are coming!” the Homeland Security Department says.

Tongue firmly in cheek, the government urged citizens Thursday to prepare for a zombie apocalypse, part of a public health campaign to encourage better preparation for genuine disasters and emergencies. The theory: If you’re prepared for a zombie attack, the same preparations will help during a hurricane, pandemic, earthquake or terrorist attack.

Emergency planners were encouraged to use the threat of zombies – the flesh-hungry, walking dead – to encourage citizens to prepare for disasters. Organizers also noted the relative proximity to Halloween.

Among the government’s recommendations were having an emergency evacuation plan and a change of clothes, plus keeping on hand fresh water, extra medications and emergency flashlights.

A few of the government’s suggestions tracked closely with some of the 33 rules for dealing with zombies popularized in the 2009 movie “Zombieland,” which included “always carry a change of underwear” and “when in doubt, know your way out.”

By ALICIA A. CALDWELL