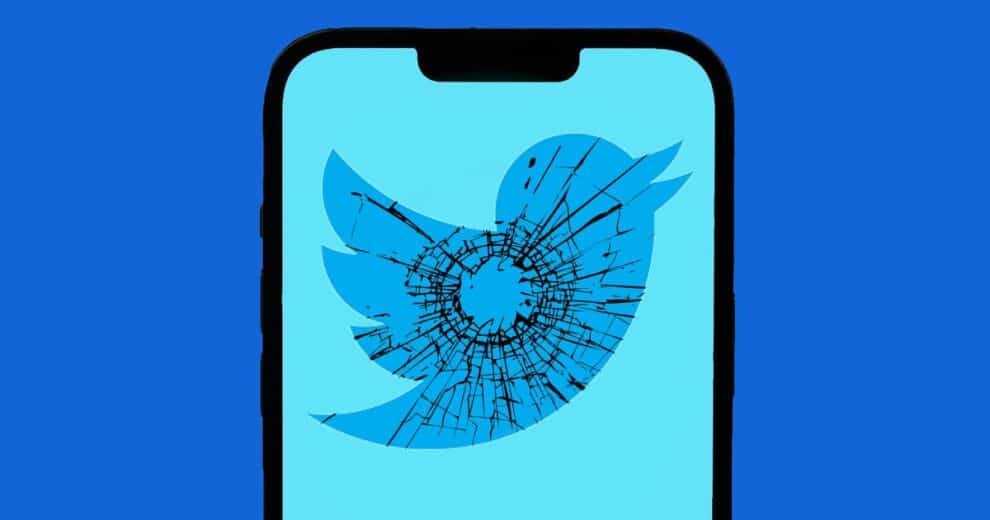 In Judaism, there’s an idea referred to as “tikkun olam,” which we interpret to mean that, individually and collectively, we bear responsibility to make the world a better place.

That’s why I’m writing an open letter to you, Elon Musk, Twitter’s new CEO and owner. Or, as you referred to yourself a couple of weeks ago, Chief Twit.

You seem frustrated these days, and you aren’t subtle about it. Soon after you took over, you changed your Twitter bio to “Twitter Complaint Hotline Operator,” with your location marked at one point as “Hell.” On Friday, you changed your bio and location again to be blank.

If, like you, I’d spent $44 billion to buy a company that’s one of the most influential in the world but is still struggling to make a profit 16 years after its founding, I’d probably feel the heat too. Though I probably wouldn’t throw a pity party over it.

While all of us are captivated by the nature of your dog-that-caught-the-car situation, it’s time to own up to what’s really going on: Twitter has always been a bit of a mess, and you’re just making it worse.

The company isn’t as widely used as frenemies Facebook or YouTube, nor is it as profitable (though even they aren’t making as much these days). At the same time, Twitter is so much the nerve center of modern culture that sports stars, finance bros, entertainment geeks and yes, even us in the press, can’t walk away. Heck, ex-President Donald Trump created his knockoff Truth Social after getting banned from Twitter for inciting the violent Jan. 6 Capitol Hill attack, just to feed his addiction to this crazy thing.

Which is why you need to fix what Twitter’s become, Elon.

You didn’t create this mess, but you certainly bought it, and you added a bunch of new crap around the edges. In order for this to work, Twitter needs to own up to its mistakes and then it needs to set out on the course to correct them. Switching out CEOs and sacking the board of directors may make for popcorn-worthy drama, but this isn’t as easy as restarting your iPhone.

Unfortunately, the few PR people you have left didn’t respond to a request for an interview. So, instead, I’m sharing my questions for you with our readers, much like I did several years ago in an open letter to then-CEO @jack, aka Jack Dorsey.

Maybe, unlike him, you’ll actually answer the queries?

1. Do you think mass harassment, hate campaigns and threats of violence are a problem Twitter needs to solve?
Let’s start with a softball question. Of course you’re against this stuff; you’re not a monster! And you say content moderation hasn’t changed, even though there are far fewer people actually doing it since you rapidly laid off half the company’s staff.

I’m sure you’ve been subject to plenty of hate and harassment yourself as a result of being the controversial CEO of Tesla and SpaceX, as well as being the world’s richest man despite your Twitter purchase and falling Tesla stock price. You may be rolling your eyes at me right now, seeing this piece as just the latest bit of criticism to chuck on the pile. (Not to mention I may feel the wrath of your fans for daring to write this.)

But you have something most of us don’t. You have the safety of the people you can hire to protect you and your family. You’ll never have to worry about whether what happens to you online will impact your livelihood or your ability to provide for your family. If you lose or leave your job, you don’t have to find another one to make ends meet. And since you don’t have a board of directors, you don’t really have a boss to answer to either.

To succeed as Twitter’s CEO, the most important thing you need is empathy. So, is all this mess just a bunch of trolls to you? Do you see mountains made from mole hills?

Or do you see a fundamental problem?

2. Are you going to treat Twitter like Tesla?
I’m already worried about your empathy because when you laid off Twitter’s staff, you didn’t sign your name to the bottom of the team-wide announcement email. Even the Cowardly Lion would’ve done better.

Stories and tweets are spilling from team Twitter about marathon 20-hour work days, people sleeping in offices, and ex-employees unsure whether to be thankful or sad they were laid off.

So, I think it’s more than fair to ask how you’re going to treat the people whose job it is to make Twitter better.

It’s no secret in Silicon Valley that you work your employees hard, and you don’t seem conflicted about it. In one Tesla team email, you told employees you expect them to “spend a minimum of forty hours in the office per week,” even though one of the deadliest pandemics in generations is still raging on. You reportedly sent a similar email to Twitter employees this week as you painted a “dire picture” of the company’s prospects.

Will you also treat Twitter users like Tesla drivers, by irresponsibly shipping half-baked products with wildly inappropriate names? After seeing how you’ve handled “Full Self Driving Beta” after people have died in accidents involving Tesla’s Autopilot function. Considering you continue shipping these features even as the government appears to be preparing to possibly step in, I think it’s more than fair to ask if you’ll follow a similar approach with Twitter.

3. If Twitter fails, what then?
Do you care about the communities created on and powered by Twitter? Do you feel the weight of legacy that comes with a platform that helped to facilitate the Arab Spring and the #MeToo movements?

And do you appreciate how emboldened hateful trolls feel by your behavior so far?

4. Do you think the increase in user activity since you’ve taken over is a positive sign?
Because so far, many indications from researchers suggest hateful activity on the platform has similarly spiked, with the Network Contagion Research Institute finding that posts using some racial slurs increasing more than 500% shortly after you took over.

So, is the type of activity that’s grown on Twitter today what you’re hoping to see more of on the platform?

Can you share whatever “healthy conversation” metrics co-founder and former CEO Jack Dorsey used to say the company was tracking?

I’m curious how they’ve changed since you took over. And I hope you are too.

5. Do you care about how people actually use Twitter?
We already know through your own trolling behavior toward the US Securities and Exchange Commission and reporters who’ve covered you over the years, as well as that famous time you called a cave diver who saved children from death a “pedo guy,” that you have a loose approach to your own account.

The question is, Do you care about what it’s becoming, or are you just focused on what you think it ought to be?

I say this because Twitter had roughly 238 million active users the day you took over but anecdotal evidence has started piling up of people saying they’ve deserted or will desert the platform, including producer Shonda Rhimes, musician Toni Braxton and author Stephen King. We also know the small social media platform Mastodon has gained about a half million users since Oct. 27 and now has over a million active users.

Elon, are you buying Twitter to prove a point about free speech? Or are you actually trying to help how we, as a society, communicate?

Over the past few years, I’ve increasingly been thinking about J. Robert Oppenheimer and how he felt about his work on the Manhattan Project, which led to the development of the atomic bomb. He too was elevated as a genius, only to recognize far too late the impact of his work when the Cold War threatened to end life on Earth.

“My childhood did not prepare me for the fact that the world is full of cruel and bitter things,” he once said. Only after he saw the destructive power of what he wrought did he realize his impact on society.

Which is why I also want to know if you have enough people around you who are willing to say how wrong you are sometimes? And if you do, are they yes-men or are you ignoring them?

Either way, venture capitalist and early Twitter investor Chris Sacca says he’s worried that may be part of your problem now.

With that in mind…

6. Can I have a say?
I noticed that you reportedly took a more-than $10 million investment in the new Twitter from Sean “Diddy” Combs, the Grammy-winning rapper. So, clearly, one need not be a billionaire to join this experiment.

Since you’re so obsessed with charging people $8 a month to subscribe to Twitter Blue, perhaps I could give you that $8 to have a seat at the table instead?

Finally, I have to ask…

7. Did you know what you were getting into?
Was this all meant to be a gag, but then it got too serious?

You said you tried to get out of it, so we know you didn’t want to be here. But now you are.

I feel like we’re owed a little bit of the truth at this point. Or at least for you to admit you’re in way over your head? We all feel it, and your denial only makes this whole thing worse.

For what it’s worth, I’d respect you more if you owned up to that much. And I might even stick around longer to see how this turns out. Tesla invests $3.6B in two new Nevada factories to build Semis and cells