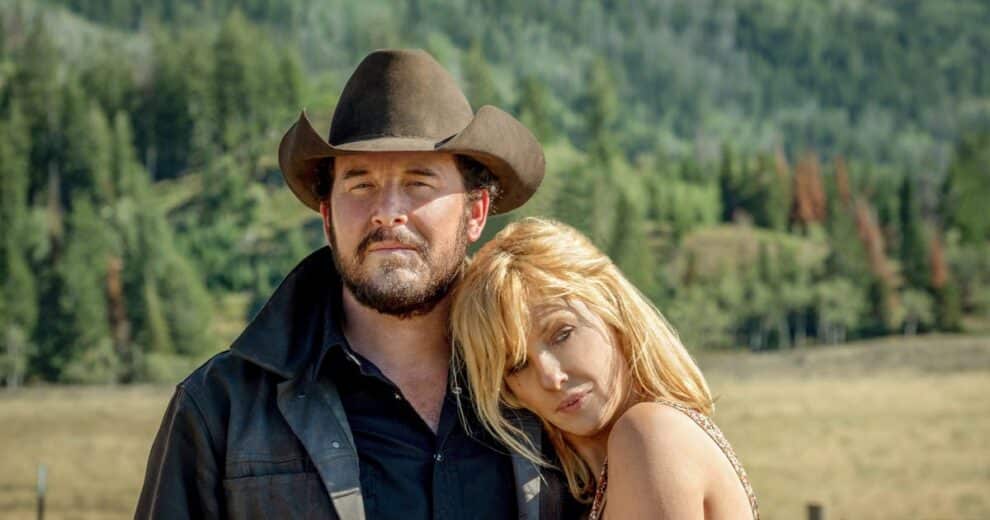 Yellowstone is, by far, the biggest hit on the Paramount Network — and one of the top hits on cable television overall. Its fourth season finale earlier this year eclipsed 10 million viewers, topping even the finale for House of the Dragon last month. The saga of the Dutton family returned Sunday with its fifth season premiere in what the network called a “two-hour event.”

Paramount Plus would seem the natural place to turn to for anyone hoping to stream the premiere and the show’s past seasons to catch up. But, counterintuitively, the one show most associated with the Paramount name is nowhere to be found on Paramount Plus.

If you want to binge Yellowstone’s first three seasons, you’ll need to pay for rival service Peacock, which has an exclusive deal to be the only subscription service streaming Yellowstone. If you want to catch up on the previous season (season four), you can watch with Peacock or you can try to unlock the Paramount Network app. And if you want to stream the new fifth season, then the Paramount Network app or website is the only option.

But you won’t find any Yellowstone on Paramount Plus, except spinoffs.

As confusing as that is, it was somewhat by design. Having a hit show on a traditional cable channel like Paramount Network is a big business, and so is the revenue generated by licensing out shows to other services. Paramount placed a bet a while ago — before it was clear just how big Yellowstone would get — that some top-shelf programs could be more valuable if they’re available somewhere other than Paramount Plus. In this case, that meant Paramount’s biggest show isn’t on Paramount Plus at all. (In retrospect, that may have been an especially bad bet.)

Paramount Plus hopes its own particular concoction of TV and movies will hook you on its own vision for TV’s future, like competitors like Disney Plus, HBO Max, Apple TV Plus, Peacock and Discovery Plus are trying to do too. But byzantine licensing deals like Yellowstone’s underscore that even when a service like Paramount Plus rallies around its own content, that doesn’t necessarily make it simpler for you to find and watch your favorite shows and movies online.

How to watch Yellowstone season 5

The second distinction to know is that Peacock is the only subscription streaming service with Yellowstone episodes.

On Paramount Plus, you can’t stream Yellowstone — old episodes or new ones — at all.

Paramount Network for season 5 (and catchup on season 4)

Important note about timing: Yellowstone runs on the Paramount Network on Sundays at 8 p.m. ET/PT and 7 p.m. CT, but to stream them, all new Yellowstone episodes are available on the site and app the day after they’re televised. That means Sunday’s premiere will become available to stream starting Monday.

To stream the second episode or any other new episodes to come, you’ll need to be an “authenticated” viewer — that is, somebody who can log in with live-TV service’s credentials to prove you’re already paying for Paramount Network. Most often, that means having cable, satellite or a live-channel streaming service like YouTube TV or Philo. (Philo is one of the cheapest online options to get access to Paramount Network; it also offers a weeklong free trial.)

Peacock for seasons 1 through 4

The first four seasons of Yellowstone are available to stream on Peacock, a streaming service run by NBCUniversal. Every episode of Yellowstone is paywalled: You must be on one of its paid subscription tiers that typically cost either $5 a month with ads or $10 a month ad-free. (Some people who have Comcast, Cox or Spectrum can get a deal on Peacock’s premium tiers.)

Paramount Plus for… spinoffs

So if Paramount Plus doesn’t have Yellowstone, what does it have? To compensate for not having Yellowstone itself, Paramount Plus has been firing up a ton of spinoffs, prequels and spiritually similar programming by its creator, Taylor Sheridan, that are exclusive to its service. The first was a Yellowstone prequel titled 1883, which focuses on the Dutton family more than a century earlier as they establish the Yellowstone Ranch. Another prequel series, 1923, will feature stories about members of the Dutton family who are children during the events of 1883; it is set to star Harrison Ford and Helen Mirren and is supposed to arrive in December. And Paramount has ordered a whole stable of shows either related to Yellowstone or produced by Sheridan.

Why Yellowstone isn’t streaming the one place you’d expect

Every new streaming service launching out of Hollywood makes its own judgment about how much programming to keep for itself. Yellowstone’s absence from Paramount Plus is a confusing quirk stemming from a licensing deal the company struck with with NBCUniversal’s Peacock in 2020, more than a year before Paramount Plus launched.

As Yellowstone has soared in popularity the last two years, Paramount’s decision to license it out (to what is now a direct streaming competitor) has emerged as a strategic black eye. And for fans, it has created a frustrating maze to figure out where to stream Yellowstone and related programming.

Some streaming services have been aggressive in getting their titles back to their own services.

Disney has been firm in letting its deals expire for anything it previously licensed out to other services. That included a major deal that let Netflix stream Disney’s theatrical movies for an estimated $200 million to $300 million a year over four years. But Disney Plus wanted to become a reliable hub for its own catalog, so Disney let that Netflix deal run out and stopped shopping those blockbusters to rival services.

NBCUniversal, in addition to licensing Yellowstone for its Peacock service, won the rights to its own show The Office back from Netflix at the beginning of 2021 so Peacock could stream the sitcom exclusively.

And WarnerMedia’s HBO Max has repeatedly clawed back rights to all eight Harry Potter movies from NBCUniversal and Peacock. WarnerMedia’s Warner Bros. licensed all those movies to NBCUniversal years ago in an epic deal. That put NBCUniversal’s Peacock in line to stream them rather than HBO Max. But WarnerMedia has snagged them back repeatedly, in an effort to boost HBO Max with a popular franchise.

Paramount Plus, however, has been more willing to license its top titles elsewhere.

Part of the reason is that licensing can be a lucrative business. Last year, Paramount made $6.5 billion in revenue from licensing, nearly a quarter of the company’s total and billions more than the company generated from streaming. That money comes from an array of licenses, from TV syndication to Paw Patrol stuffed animals and costumes. But part of licensing is also farming out titles like Yellowstone and others to Paramount Plus’ direct rivals. When you grant your own programming to your own service exclusively, you forsake money you could’ve hauled in if you’d licensed it to someone else.

And Paramount has a big back catalog to tap into: roughly 140,000 TV episodes and 4,000 films. The company has said it doesn’t want all that on Paramount Plus. “We can’t keep all that for ourself. It doesn’t make sense,” CEO Bob Bakish said as Paramount Plus was preparing for launch. “It’s too much.”

Bakish has repeatedly indicated the company’s strategy is “evolving” in terms of how much of its own programming it should license and how much it should keep for itself. The company’s licensing strategy has “shifted to become much more focused” on having its own franchises on its own streaming service, he said last year. But the “legacy deals” the company struck before the launch of Paramount Plus can have a long tail, he added. And in February, Bakish said it was “unfortunate” to strike a Yellowstone licensing deal with Peacock in the midst of closing a major merger.

However, beyond the money Paramount makes by licensing, Paramount Plus also believed it might be able to draw in more new members if it let other, bigger services have some of its titles to stream. Bakish has noted that other platforms can expand the audience for an older show so that its reboots and spinoffs have a bigger fan base for Paramount Plus.

It’s a perverse sort of logic. But Netflix has more than 22 million members worldwide, versus Paramount Plus’ 46 million. Interest in Avatar: The Last Airbender surged in 2020 when the show hit Netflix, certainly helping motivate Paramount’s 2021 decision to launch an entire new studio dedicated to fresh Avatar-related programming.

Unfortunately, Paramount isn’t gaining much reach for Yellowstone by having it on Peacock. Peacock is even smaller than Paramount Plus: Only about 15 million subscribers are on Peacock’s paid tiers that unlock Yellowstone, less than a third the size of Paramount Plus’ membership base.

Most recently, Paramount has started reuniting some of its major franchises with its own streaming service. South Park is slowly untangling from HBO Max to make its way Paramount Plus, the company said in February. In 2024, new South Park episodes will have their streaming premieres on Paramount Plus rather than on HBO Max. Then in 2025, Paramount Plus will get the full back-catalog of South Park in the US.

But so far, Paramount has been silent about clawing back the rights to Yellowstone.

That means that for new fans of any of the Yellowstone prequels on Paramount Plus, as they watch the chronicles of the early Dutton family, Paramount Plus subscribers need to go elsewhere to dive into who the modern-day Duttons even are. 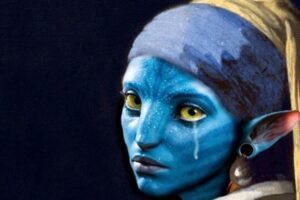 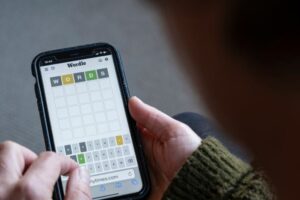 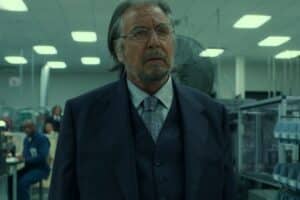