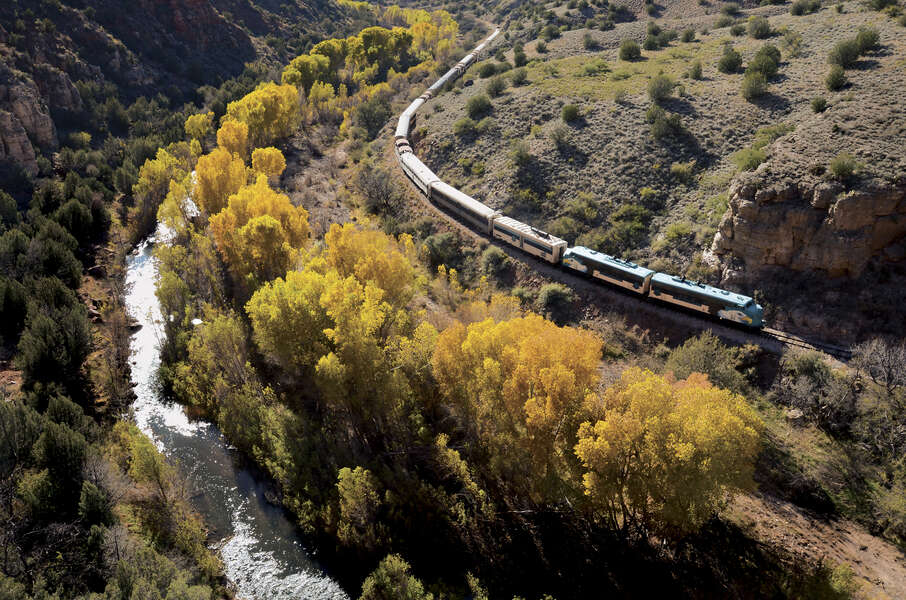 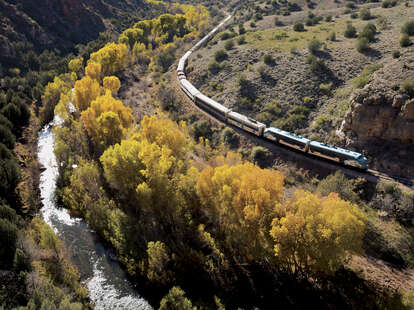 You don’t need to spend a small fortune in Napa to enjoy a wine-soaked vacation this fall. Arizona’s vibrant Verde Valley, located north of Phoenix and west of Sedona, is a must-see destination for those who love to sip cabernet, chardonnay, or whatever form of fermented grapes happen to sound good at the moment. Follow the Verde Valley Wine Trail to more than 25 tasting rooms and vineyards between Cottonwood, Jerome, Clarkdale, and Cornville and you’ll find plenty that’s worth drinking—and a Wild West spirit that makes the area unlike any other wine country in the world.

Long before the region was known for its grapes, people came for a mining boom in the early 1900s. The boom produced a billion dollars worth of copper—while paying miners up to three bucks a day to do the grunt work, of course. Eventually, the operation was too dangerous to continue and the area’s population dwindled. In recent years, the Verde Valley has reemerged as a scenic tourist destination with a colorful history. And while you may come for the wine, you’ll surely find yourself partaking in the area’s other offerings, from scenic train rides to top-notch restaurants, Pueblo ruins to copper art museums. So raise a glass and toast to the following ways to make the most of your next vacation in Arizona wine country.

12 Reasons to Drive to Sedona, Arizona

From stunning hiking trails to renowned psychics, there are plenty of activities to make this a weekend trip to remember.

Ride the rails through the natural beauty of the Verde Valley

The Verde Canyon Railroad travels the same tracks that once carried copper ore out of Cleopatra Hill. The roundtrip journey is a little more than 40 miles, following the Verde River with incredible sights along the way, from steep canyon walls with ancient cliffside dwellings to lush landscapes with old homesteads. Everyone rides in a luxury car (with the option to step out into the open air), complete with a champagne toast, snacks, and a bartender eager to share both drinks and info. The train turns around at Perkinsville, an old ranch town, after winding its way through the area’s rugged landscape. On any given trip, you may see a deer, eagle, mountain lion, or even a bear.

Rides usually depart daily from Clarkdale at 1 pm with themed excursions for specific holidays. Wine celebrations are held throughout the summer, featuring a rotating lineup of regions, although Arizona wines are almost always available. The railroad mixes things up late in the year with a special Ales on Rails ride for those who love craft beer.

Clarkdale, known best as the home of the Verde Canyon Railroad depot, was originally a “company town” during the mining boom. Upper management lived uptown while enjoying a park, pool, and clubhouse. The workers lived in lower Clarkdale and many of those homes are still around today. Clarkdale continues to have a charming small town feel that’s drawing newer businesses and customers. Sip on craft beer at the Smelter Town Brewery, enjoy brunch and pastries from Violette’s Bakery (remodeled from an old train caboose), and check out unique masterpieces at the Arizona Copper Art Museum, renovated from the old Clarkdale High School.

Get an education in wine making

The Southwest Wine Center at Clarkdale’s Yavapai College was founded as a program in 2009 and expanded to a full-blown facility in 2015, teaching students how to make wine from vine to bottle with northern Arizona’s climate and soil conditions in mind. Only grapes from the college’s own vineyards are used. Education is the priority, but the general public is welcome to make an appointment to try some flights. It’s an engaging, comfortable environment with a bar and garage-style door that rolls up to a patio with vineyard views. With every pour, the staff is eager to share details about how their own delicious house wines are produced.

You don’t need to be a wine snob to have a blast in the Willamette Valley.

Long before miners and winemakers came around, Arizona’s Verde Valley was populated by indigenous tribes. Their legacy is represented at the Tuzigoot National Monument, where you can see remarkably well-preserved Pueblo ruins that were built from stone a thousand years ago and excavated in the 1930s. The pathway to the ruins is convenient and accessible, but steep. At the top, you’ll explore various rooms and take a staircase to a rooftop deck. The centralized views of the surrounding valley are spectacular. Come early in the day when crowds are minimal to fully appreciate the scenery, which includes tree-filled landscapes, a nearby horse ranch, and glimpses of the Verde River.

Eat and drink your way through Old Town Cottonwood

But you’re really here to drink Arizona’s best wine, and Cottonwood has at least eight tasting rooms within a couple blocks of each other on Main Street. The latest, Cellar 433, has black walls and floors to set a moody and mysterious tone. It’s run by John McLoughlin, a leading figure in the Arizona vino scene, whose Bitter Creek wines feature labels resembling tarot cards. His wife Brigid McLoughlin runs Tantrum wines. Her tasting room reflects the spirit of a woman-run business, complete with a pink tin ceiling and a mural hand-painted by a former Disney artist. She doesn’t believe in supplying tasting notes, preferring to let customers make their own assessments without judgment.

Get Your Psychic Kicks in Arizona’s Trippiest Desert

Yet the most prominent presence in the Arizona wine community is that of Tool singer Maynard James Keenen. His Merkin Vineyards tasting room doubles as an osteria with pasta dishes (including individual portions of lasagna) made from local farm-fresh ingredients. Keenen was also a cofounder of Arizona Stronghold, the state’s largest wine producer, but is no longer involved. Try some of the stuff anyway, especially if you can score a patio seat at the winery’s Cottonwood tasting room.

Balance out all that wine with great food. You can’t go wrong with the wood-fired pizzas at Bocce, where a bar opens up to a comfortable outdoor space with a large triangular fire pit. The Colt Grill is a top spot for barbecue, cocktails, and whiskey brownies, while Nic’s Italian Steaks & Crab House is the closest thing in town to formal fine dining.

Scale the heights of historic Jerome

Driving into Jerome is an experience all by itself. The winding roads tighten as the elevation increases, leading to an enclave once dubbed the “Wickedest Town in the West”–and it offers the wickedest views of the Verde Valley. The Wild West attitude and imagery from the days of the copper rush are still in place with old saloons and brothels repurposed as modern-day businesses. Some structures have been left in ruins, but serve as dramatic accents instead of eyesores.

There’s plenty of wine to drink in Jerome, and Keenen is spreads his influence here too, at both Caduceus Cellars and Four Eight Wineworks (a funky tasting room, vinyl record store, and old-school barbershop in one). Grab breakfast at The Flatiron, lunch at Haunted Hamburger, or dinner at the Clinkscale. Dig even further into Jerome’s history with a visit to the Gold King Mine Ghost Town (littered with old automobiles and mining equipment) or a selfie session in front of the Jerome Sliding Jail. The quirky photo spot actually was the town jail at one point, but broke off, fell apart, and slid slowly down the mountainside before getting locked into its current location.

Spend the night at the Jerome Grand Hotel… if you dare

Jerome’s most notorious landmark is one of the most haunted hotels in the country. The Jerome Grand Hotel has a lofty, ominous mountainside perch that overlooks the rest of the town, originally built up high to avoid a fault line and the effects of mining blasts. When the building was first built, it served as a hospital where thousands of patients passed away during 24 years of operation. The sturdy concrete building later reopened as a hotel with nearly 30 guest rooms decorated with antique furniture in the style of the 1920s. The lobby was once the emergency room and guests can still travel between floors on the original elevator. A pair of garage doors out front open to display a 1928 Rolls Royce and 1923 Pierce Arrow, both part of the current owner’s personal collection.

The hotel is a bit of a hike from the main part of town, with a long winding driveway to help burn off some calories. Unless you’ve booked a room, the best way to check out the Jerome Grand Hotel is with a reservation at the on-site Asylum Restaurant. If you’re playing things by ear, stop by for a cocktail at the bar, which used to be the hospital’s pharmacy counter.

See how the 1% lived during the copper boom

Jerome was such a profitable mining operation that the guy in charge of the whole thing (James Douglas) got to live in a mansion ahead of its time, with unobstructed mountainside views to boot. The Douglas Mansion, now the centerpiece of Jerome State Park, was built in 1916 and featured intercoms and a centralized vacuum system long before those perks became commonplace elsewhere. The mansion now serves as a museum, with exhibits on two floors where visitors can learn about Jerome’s mining legacy, a small movie theater, and leftover historical artifacts that include a library, piano, and billiards table.

The entrance to Douglas’s Little Daisy Mine sits just outside the mansion gates. Explore old equipment and step on plexiglass that covers a shaft plunging more than 1,900 feet deep—that’s a great vertical drop than you’ll find from the top of the Empire State Building. Not recommended if you’re queasy about heights.

Detour to Cornville for a quick bite, hike, and glass of wine

At first glance, Cornville is the most unremarkable of the valley’s “big four” wine towns. However, this cozy community isn’t without its quirky charm. Have dinner at Manzanita, which serves traditional German dishes alongside elk, bison, and other wild game, or load up on calories at G’s Burgers, where Arizona-ground Angus burgers are served in a rustic setting with a choice of milkshake or whiskey. Farm a Go Go began as a food truck, but is now a brick-and-mortar restaurant, serving dishes made with farm-fresh ingredients, including locally raised grass-fed beef.

If you can scale the top of House Mountain, which is actually a volcano, you’ll enjoy bright pink Sedona views as your reward. The spot is east of Oak Creek in the Page Springs area, where a collection of wine destinations sit along the creek. Javelina Leap, Oak Creek Vineyards, and D.A. Ranch all grow their grapes on site, taking advantage of the area’s natural springs and volcanic soil. The tasting rooms are all within a mile of each other, which makes it easy to do a true crawl. 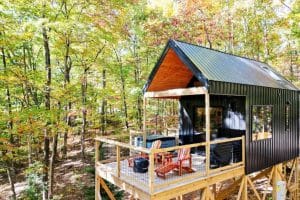 The Coolest Airbnbs Near Nashville to Book Right Now 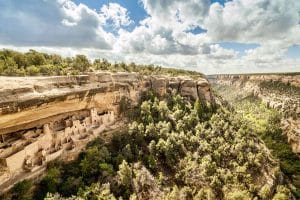 Explore Thousands of Ancient Ruins in This Colorado National Park 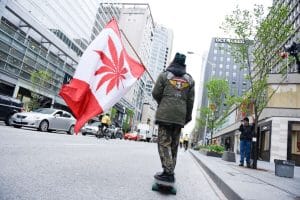