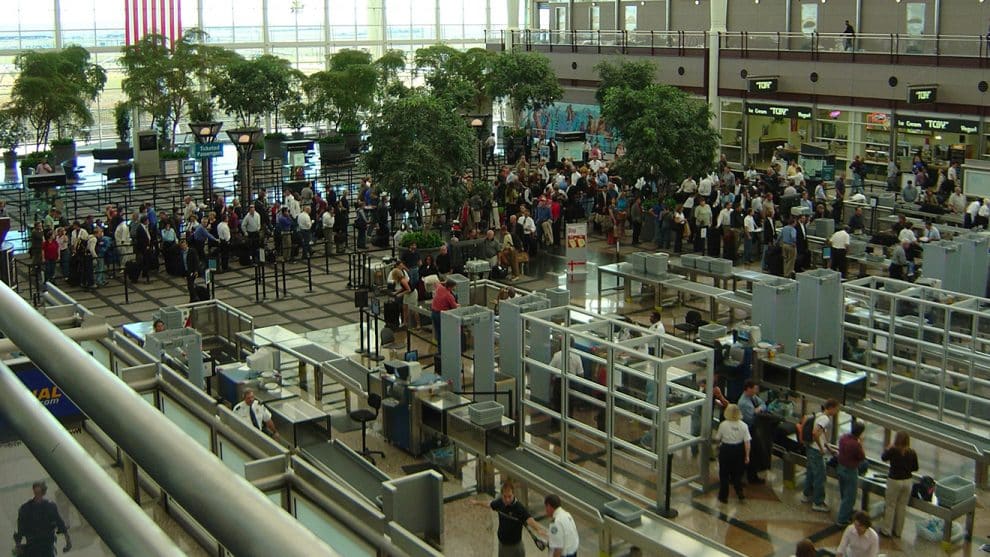 With air travel hitting an all-time high and terrorism concerns complicating the airport security process this summer, long lines at airports could cause extra headaches for travelers.

Some 90 percent of Americans plan to travel this summer, according to a study of 1,300 people from Airfarewatchdog.com, and of those 84 percent plan to fly at least part of the way to their destination. The travel website found interest in summer travel is at an all-time high, up 50 percent from last year.

The surge in travel comes as the Transportation Security Administration (TSA) announced new procedures at security checkpoints, which will require travelers to empty all food and electronics into separate bins to be sent through X-ray machines. The new complications could further slow the security process, which reached “insane” heights last summer as passengers faced hours-long lines at understaffed airports across the U.S. The agency has reportedly since restructured, hiring thousands of new staffers. However, J. David Cox, national president of the American Federation of Government Employees, which represents TSA workers, wrote that the TSA is still understaffed by about 5,000 security officers. He warned that under President Donald Trump’s government hiring freeze, it was unlikely the TSA could get the staffing it needed for summer travel.

This means now is a better time than ever to invest in TSA PreCheck, said Charlie Carroll, senior vice president of MorphoTrust U.S.A., which operates the program. At $85 for a five-year membership, the pre-screening allows passengers to move through security without removing shoes, belts or light jackets. They can also leave liquids and laptops in their carry-on luggage in the TSA PreCheck lane.

“TSA PreCheck is still the best-kept travel secret,” Carroll said. “Even during the peak of summer travel last year, travelers enrolled in PreCheck waited in line for five minutes or less, far below the national average.”

TSA said PreCheck passengers won’t be affected by the new security measures. More than three million people have enrolled in TSA PreCheck since June 2016, according to MorphoTrust, which has tripled the number of locations where people can enroll in the program. They even launched mobile enrollment RVs at events around the country, allowing people to sign up at concerts and on campuses.

“If people aren’t coming to PreCheck to sign up, PreCheck is coming to them,” George Hobica of AirfareWatchdog.com said.

He argues the push to get more people to sign up for Precheck is a positive development for the airline industry. “The more people in precheck, the faster the lines will be,” he said. “We all need to help by being 110 percent sure there is nothing in our pockets when we go through security.”