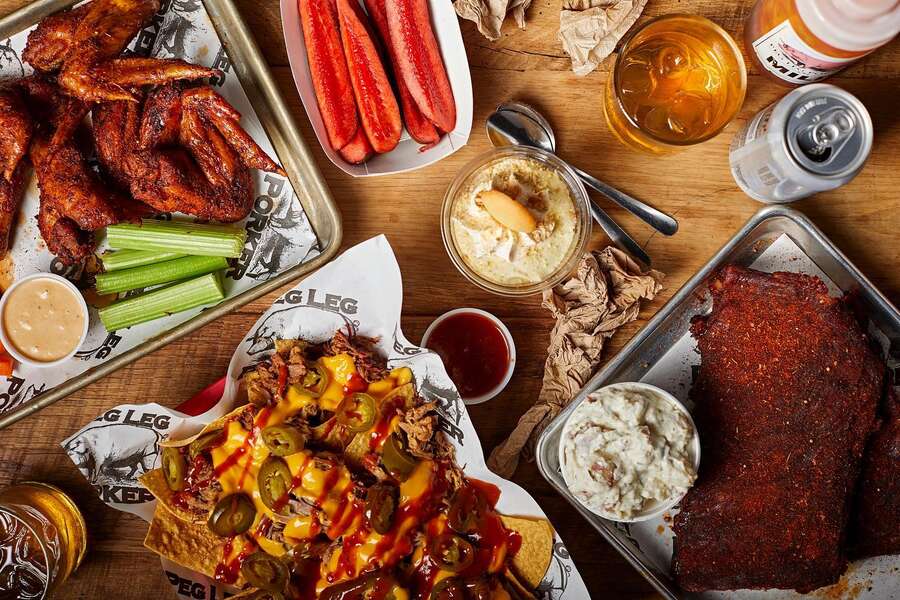 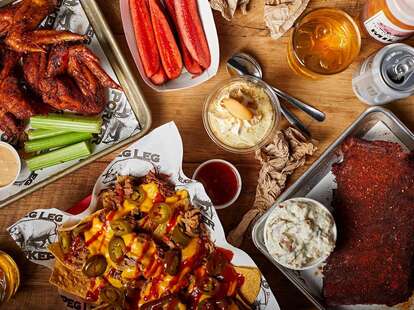 Thanks to a surge in the number or air travelers combined with airline staffing issues that continue to delay or cancel lots of flights, it’s probably a good idea to get to the airport a little earlier than you used to. In fact, pro travelers often plan to eat a meal in the terminal to ensure that they are in position to react to any snafus that might come up before boarding. Fortunately, if you’ve got some time to kill at Nashville International Airport (BNA), the drinking and dining options can actually make it worthwhile to spend that extra hour.

Sure, flyers will encounter the usual national chains like Chick-fil-A, Starbucks, Shake Shack, and Burger King, but the airport authority has made a major effort to include outposts of locally owned restaurants as part of a multi-year renovation project. Here are some of the best spots to get a head start on the Nashville culinary experience without leaving the terminal.

Bar-B-Cutie Smokehouse
AB Food Court
Is Bar-B-Cutie the best barbecue in town? Probably not, but it is a Nashville institution known for some solid, affordable smoked meats. Plus, they serve brisket “panchos,” their version of nachos topped with smoky beef, cheese and beans, so extra credit for that.

Tennessee Brew Works
AB food court
This popular brewery in Nashville’s Pie Town neighborhood takes full advantage of BNA’s rules that allow travelers to carry beers with them to the gate. Their cozy sit-down bar serves a selection of Tennessee Brew Works’ excellent craft beers in pints or in Flight Packs that you can carry (but not consume) on your flight. They also offer a full bar and grab-and-go snacks.

Fugitives Public House
Closest gate: A1
Named after a group of creative intellectuals who published “The Fugitive” literary magazine at Vanderbilt University during the 1920’s, this bar celebrates the Middle Tennessee area by featuring local craft whiskeys and farm-to-table small plates made using produce from regional purveyors.

Kijiji Coffee
Closest gate: A2, additional location at B6
Nashville’s first Black-owned coffee shop runs two locations at the airport, pouring specialty coffee drinks made from fresh-roasted beans processed in small batches for freshness. The difference is evident right there in the cup, and you’ll discover how they’ve lasted 25 years.

Arrington Vineyards
Closest gate: A3
Arrington is the passion project of country music superstar Kix Brooks (of “and Dunn” fame.) Unlike many other celebrity brands, Brooks makes some pretty remarkable wine at his winery outside of Nashville. At his BNA location, Brooks and his team serve all sorts of Tennessee wines by the glass or the bottle that you can purchase from their market and take to the gate or enjoy along with a chef-inspired menu in their cafe.

Pig Star by Peg Leg Porker
Closest gate: B4
Award-winning pitmaster Carey Bringle is famous in Nashville for his Memphis-style Peg Leg Porker barbecue restaurant and his version of a Texas Icehouse named Bringle’s Smokin’ Oasis. With his first airport foray, Bringle features several different styles of regional ‘cue ranging from smoked pulled pork to ribs to chicken and turkey. A short list of down-home Southern breakfast classics are also worth checking out before an early flight.

Little Harpeth Brewing
Closest gate: B7
Little Harpeth focuses on German-style lagers instead of those hoppy ales that many taprooms fill their tap handles with. These fan-friendly beers are light and crisp, and the popular Chicken Scratch is made using locally-grown corn.

Ole Red
C-Triangle Food Court
Country star Blake Shelton has established a chain of bars/restaurants named after the dog in a hit off of his debut album. This airport outlet is a miniaturized version of the other Ole Red honky tonks, but it still features live music, vittles made from scratch and a bar with signature drinks named after other Shelton songs.

Tailgate Brewery
C-Triangle Food Court
Tailgate is known for brewing dozens of different varieties of beers that they pour in several taprooms around Middle Tennessee, and there are more than a dozen on offer at their BNA bar. Pick a new favorite and pair it with some pretty darned good pizza, by the pie or by the slice. They also serve breakfast, loaded waffle fries, wings and canned craft beer to-go.

Swett’s
C-Triangle Food Court
The Swetts are one of the first families of Nashville’s “meat-and-three” tradition, serving up soul food and Southern staples since 1954. Their airport bistro focuses on smoked meats and soulful sides, available for dining in or carrying out.

The Urban Juicer
C-Triangle Food Court
If you’re looking to boost your immunity before getting into an aluminum tube filled with people, the Urban Juicer has a menu of smoothies, juices, wraps, salads and more to help prop up your immune system. Save those calories until you arrive at your destination.

MEEL
C-Triangle Food Court
Unlike most other grab-and-go sandwich and salad kiosks, MEEL works with local farmers to source seasonal, organic, biodynamic, and non-GMO ingredients to use in the preparation of their fare. Real food just tastes better.

Tootsies Orchid Lounge
Closest gate: C7
You know you’ve arrived in Music City when the first musician you hear playing in the airport is probably better than any picker in whatever town you flew in from. Tootsie’s features the same quality of musicians in their airport outpost as they do in their iconic Lower Broad honky tonk, so grab a drink and some grub and settle in for the show.

8th & Roast
Closest gate: C9, additional location at D1
Before you stand in that long line to default to your usual order from some national coffee chain, check out this Nashville favorite serving ethically-sourced coffee and delectable culinary treats. You’ll feel better about yourself in the morning.

400 Degrees Chicken
Closest gate: C15
While the wisdom of consuming Nashville hot chicken at the airport is debatable due to the famous dish’s inevitable G/I effects, there’s no arguing that the fiery fowl is a big part of the city’s charm. 400 Degrees serves up some pretty delicious fried chicken ranging from a mild 0 degrees level to an infernal 400 degrees spiciness that might cause you to hallucinate and see your dead relatives warning you not to take another bite. Maybe limiting that to inbound flights would be wiser.

Barista Parlor
Closest gate: C18
Barista Parlor is the coffee shop for coffee obsessives, drinkers who want to know the terroir of the beans and the scientific tricks used to brew a perfect cuppa. This sort of quality can take a little longer and deserves to be savored. Sit a spell and enjoy a well-crafted cup along with one of Barista’s famous breakfast biscuits.

Three Casks
Closest gate: C20
Three Casks is affiliated with the Tennessee Whiskey Trail, an initiative to boost tourist visits to many of the state’s best distilleries. These whiskey crafters showcase their wares at this crafthouse where 99% of the products behind the bar are locally-produced, including Tennessee craft beers. Enjoy a drink along with burgers, sandwiches and barbecue or grab a to-go cocktail or beer from their carryout window.

Yazoo Brewing
Closest gate: C25
Yazoo is one of Nashville’s oldest and most loved breweries, and their wide variety of beers on tap will probably please just about any palate. You’ll see plenty of intelligent beer lovers walking around the concourse with a Yazoo cup, and you can grab a sixer to take home as a drinkable souvenir.

Party Fowl
Closest gate: D2
Nashville’s first full-service hot chicken restaurant, Party Fowl offers an elevated dining experience compared to other chicken joints. The comfortable bar has plenty of televisions to monitor your home team’s games and a menu of local beers, boozy slushies and all sorts of variations on traditional hot chicken that will take your mind off the game if they happen to be losing.

Puckett’s Grocery and Restaurant
Closest gate: D3
The original Puckett’s started out as a tiny grocery store out in the sticks of Leiper’s Fork outside of Nashville. Eventually, fans discovered their delicious food and great live music, and visitors arrived in droves. Now with multiple locations around the region, you’re never too far from their brand of Southern food and hospitality, even before you leave the airport.

Chris Chamberlain is a food, drink, and travel writer based out of Nashville, where he has lived his entire life — except for four years in California where he studied liberal arts at Stanford University and learned how to manipulate chopsticks. He is a regular contributor to the Nashville Scene, Nashville Lifestyles, Local Palate, Edible, FoodRepublic.com, and Conde Nast Traveler. He likes beer, bourbon, and bacon but isn’t fanatical about any of them. 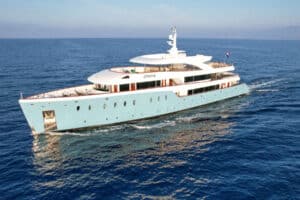 Charter This Surprisingly Affordable Superyacht for Your Next Family Vacation 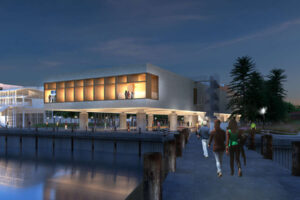 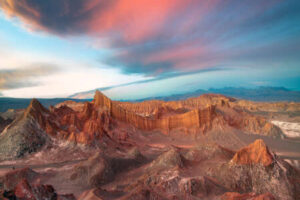 Why Go to Mars When There’s Chile’s Otherworldly Atacama Desert?