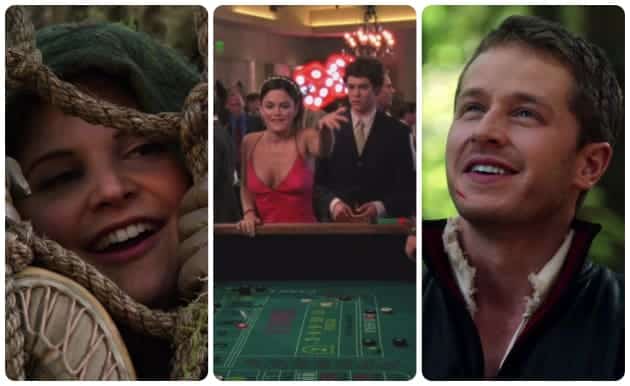 Does your honeybun like it when you call them sugarpie? Nicknames can be annoying, but sometimes they fit and show a couple’s strength. Plus, they are adorable.

Some started as a cruel joke; others were always meant to be cute.

We’ve seen tons of honey, sweeties, and sugarplums, but the genuinely unique names are the ones we remember.

Check out our list of 13 adorable nicknames couples have for each other.

When Tara met Christian, it was hardly love at first sight; he caught her changing when she accidentally went into the men’s changing room.

She was the “little girl with the training bra” in his memory before he knew her name. While he dropped the little girl part, and thank goodness, Training-Bra stuck.

What was initially insulting became a term of endearment when these two fell head over heels in love with each other. Perhaps she wouldn’t mind him seeing her in that training bra on purpose this time. 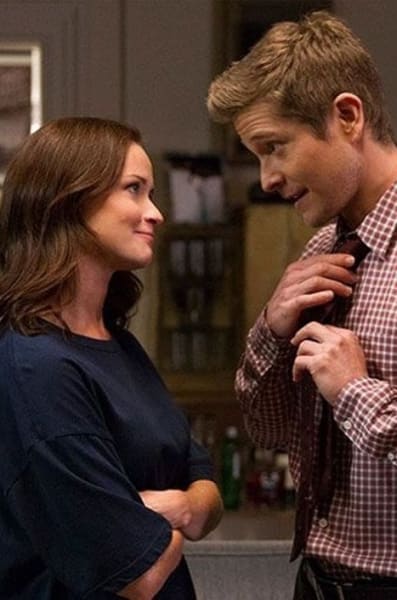 Logan and Rory didn’t get off on the right foot either, but while Rory found Logan annoying, he was intrigued with her from the second time he met her.

His plea for her to call him master and commander fell on deaf ears, but when Logan discovered his new crush was a determined little journalist, he started calling her Ace, as in “Ace Reporter.”

A decade after their first meeting, and a lot of on-again-off-again, Rory was still Ace to Logan. 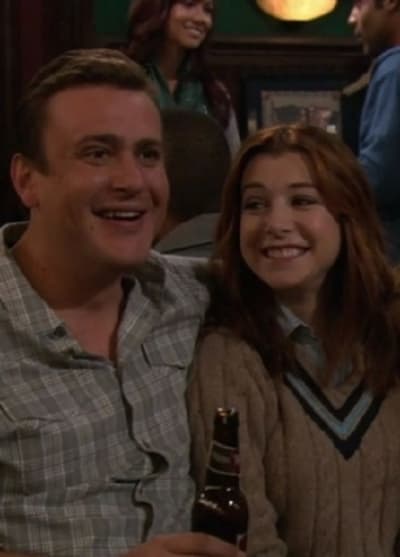 Marshmallow and Lilypad – Marshall and Lily (How I Met Your Mother)

Some nicknames are mutual. The adorableness that is Marshal and Lily is captured in everything from the small gestures to the way they communicate with each other.

However, nothing captures how adorable they are as them calling each other Marshmellow and Lilypad (and others do too!)

To some, Marshall is Big Fudge, but to Lily, he is a soft and gooey marshmallow. He made sure she had a super cute name he could call her, too, and it was as perfect for her as they were for each other. 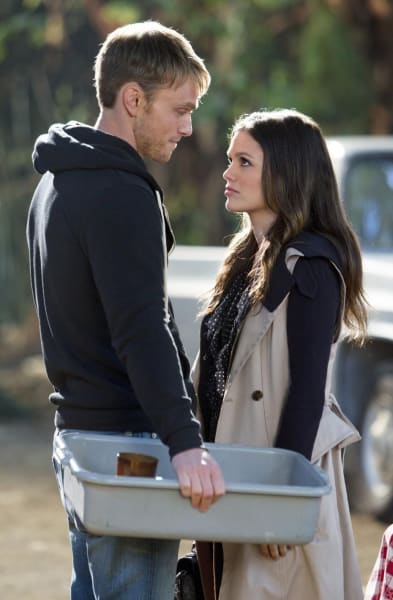 When big-city doctor Zoe Hart blew into Bluebell, nobody took her seriously. She had very little support except for a select group of people, including her neighbor Wade Kinsella.

Wade called Zoe “Doc,” which made a lot of sense, given how she defined herself by her career. It was hilarious when she couldn’t practice, and Wade had to curb the instinct to call her Doc.

Still, the nickname was part of Wade’s charm, the same charm Zoe eventually fell for. The moments he calls her Zoe are precious, as are those when he calls her Doc. In the end, it’s in the way he says her name. 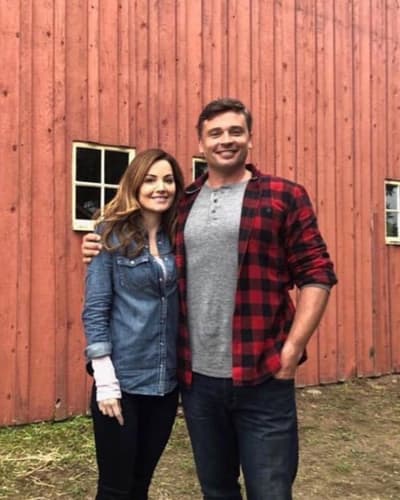 When big city Lois Lane meets farm boy Clark Kent, he seems to be everything she hates about small towns. The one he’s from is even called Smallville, like it knows how small it is, and Lois decides this will be Clark’s nickname.

This one is a classic and has existed in multiple versions of Superman. It shows how Lois underestimates Clark and how his small-town charm, which initially grated on her, is one of the things she grew to love about him.

Smallville eventually becomes a term of endearment, and Lois even admits that Smallville is her home. Not the place, she clarifies, but the one holding her in his arms. 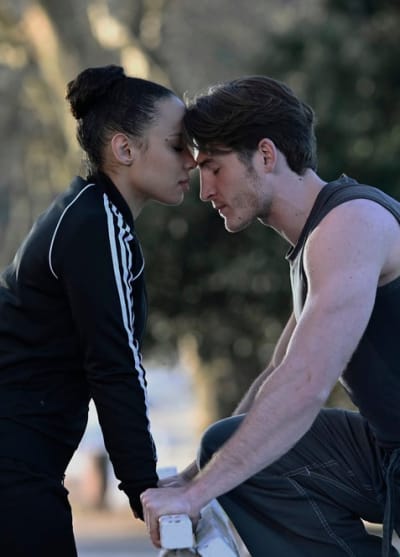 Dimitri is Russian, or whatever the vampire world equivalent for Russian is. When he feels safe, comfortable, or intimate with someone, he reverts to his native tongue.

It’s a slip of the tongue when he calls Rose by the Russian version of her name, but she is deeply touched. It means his guard is down, and she has come to mean something to him.

He only calls her Roza in intimate moments, which are few and far between these two. However, pending a season two renewal, Dimitri will have many more opportunities to call her Roza. 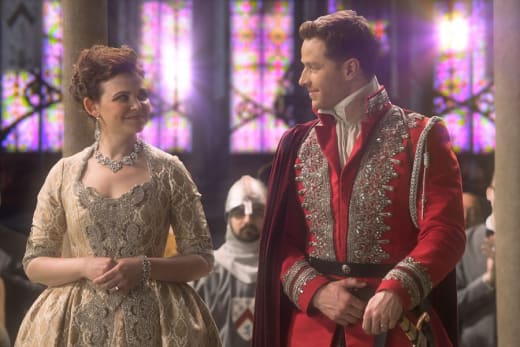 Charming – Snow White for Prince Charming/David (Once Upon A Time)

When Snow first met David, she didn’t find him Charming. The name was meant ironically, and it was meant as an insult.

However, David truly charmed Snow to the point that the two fell in love. Not only that, but everyone came to call him Charming. It worked because he was using a fake name at the time anyway.

Prince Charming is famous for being the Charming Prince that kissed Snow White awake. This couple started it all with True Love’s Kiss, and while we’re grateful to know his name is David, you can’t beat the OG Prince Charming’s nickname.

David – Ben for Devi (Never Have I Ever)

Did it start as offensive? Absolutely. These two were bitter rivals, and Ben loved the opportunity to mock Devi’s foreign, less common name.

However, once they became friends (and more), Devi never called him out on it. Could it be that she likes it when he calls her David?

Like the banter, him calling her David is their thing. Deep down, Devi knows that Ben likes her name, just like he likes her personality. Ben likes her, and that’s why he calls her David.

Adam’s whole bit was to pretend to be a stoner. Since he was “high,” he couldn’t remember Joan’s name, so he called her Jane.

Once he started to like her, calling her Jane became one of their things. It’s how he showed he cared.

When he was mad at Joan, he called her by her given name. She admitted that she missed him calling her Jane.

I love Chandler and Monica, but let’s be honest; in a world where Chandler didn’t end up with Monica, his endgame would have been Janice.

Janice genuinely cared about Chandler, comparing what they had to movie love. Chandler, for his part, oscillated between adoring her and finding her incredibly annoying.

Janice did everything she did with Chandler because she cared, including coming up with an adorable nickname that played off his last name Bing. Chandler tried to reciprocate with “Just Janice,” but it wasn’t the same. 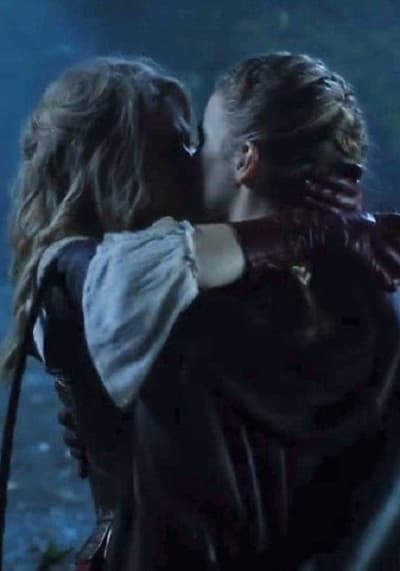 Tower Girl and Nobin – Alice and Robin (Once Upon A Time)

These two were the best thing to come out of the reboot season of OUAT, Once Upon A Time Season Seven. They were the LGBTQ representation people had been waiting for.

They stole our hearts when they came up with those nicknames for each other, which was pretty much right when they met. Fate, anyone?

However, her tendency to call Seth by his last name led to a surge in parents naming their sons Cohen in the early 2000s. Also, note that she only calls people she cares about by their last names. It’s a show of affection.

Early in the series, Summer didn’t even know who Seth was. She referred to him as Sid and Stanley. So for her to call him anything remotely accurate was a huge step.

Maya loved teasing people, but nobody more than Lucas. She loves teasing him about his Texas roots, calling him names like Huckleberry, Ranger Rick, and Ranger Roy.

The cute teasing way Maya and Lucas interact is why their classmates thought they were a couple and voted them in the yearbook.

While Maya and Lucas only had one date and were never officially together, they count because of the infamous love triangle that certain fans believe should have been resolved differently.

Did we forget one of your favorites?

Let us know in the comments.

Leora W is a staff writer for TV Fanatic.. Bravo’s ‘SWV & Xscape: The Queens of R&B’ Trailer Gives a Look at One of Music’s Biggest Comebacks Riverdale Theory: Could Riverdale Be Set In Jughead’s Book?
Blake Shelton and Gwen Stefani’s Sweetest Moments on ‘The Voice’