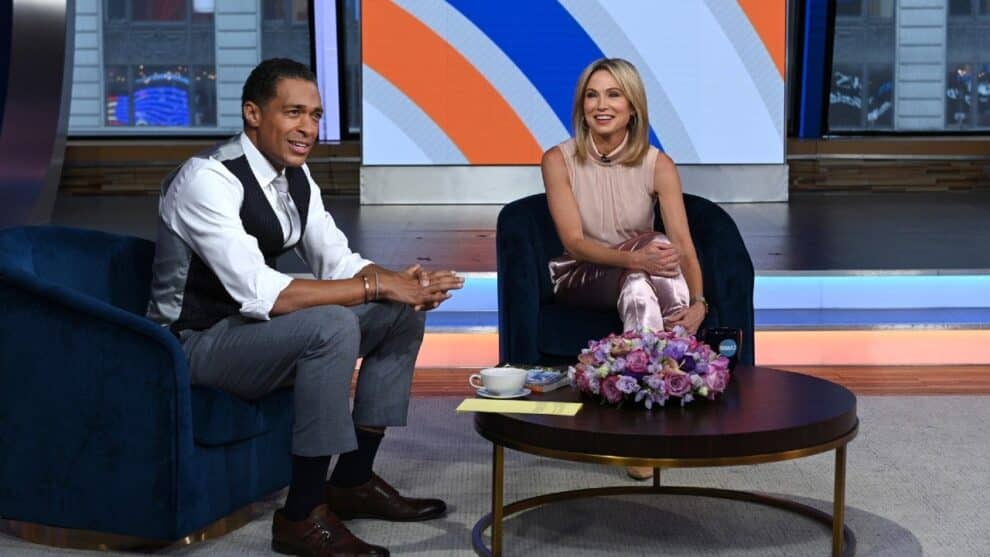 Amy Robach and T.J. Holmes kept it all business on Thursday’s episode of their show GM3: What You Need to Know, the third hour or Good Morning America. The co-hosts were both present on the show, but didn’t mention the recent PDA pics that surfaced of them and newly revealed details of their romance.

“Who’s ready for the weekend?” Holmes asked, laughing at the top of the show.

“Me!” Robach replied, raising her hand.

But after that, the pair immediately got down to business, highlighting World AIDs Day without any mention of the rumors surrounding their personal lives.

Holmes and Robach’s romance became public after PDA-filled photos of them were released by The Daily Mail. In one set of images reportedly snapped on Nov. 10, the two are spotted inside a New York City bar sitting next to each other while having drinks. In one picture, Robach playfully puts her head on the bar, as Holmes leans over her, seemingly telling her something in her ear. Outside of the Times Square location, the pair follow each other and get into the same black SUV.

The outlet also obtained photos reportedly taken on Nov. 13 of Robach and Holmes loading up a car, allegedly following a weekend away in Upstate New York. In the pics, Holmes, who wears a black sweat suit, is seen with his hand on Robach’s behind as she loads bags into the trunk of a car. Another image shows the pair, back in New York City, holding hands while inside of a vehicle.

A source told ET that Holmes and Robach’s relationship has been “going on in secret for quite some time, but how long is truly unknown.” The source added that the anchors “did their best to keep things professional and private.”

The two have been married to their spouses since 2010 — Holmes, 45, to attorney Marilee Fiebig, and Robach, 49, to actor Andrew Shue — but sources tell ET that both had split from their spouses before news of their relationship became public. Robach stopped wearing her wedding ring in photos she posted to her since-deleted Instagram account in October.

Most recently, the pair ran the New York City Marathon together, posing with their medals at the finish line. 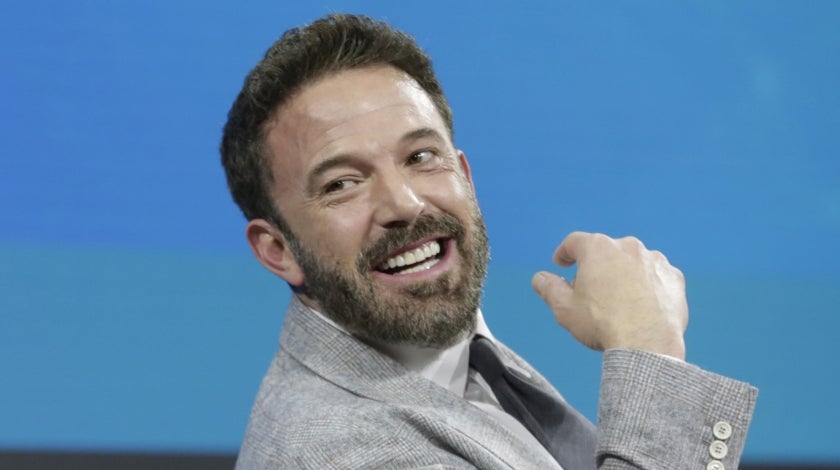