If you ever WONDERED about the origins of Merseybeat and just how the BEATLES exploded onto the LIVERPOOL scene before Brian Epstein cleaned them up to CONQUER the world, then THE ROCKING CITY (the Explosive Birth of The Beatles) has the answers for you! 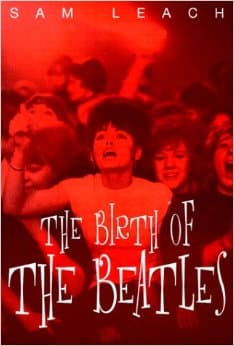 Get the Kindle edition here ==> The Birth of the Beatles

Sam Leach TELLS it like it really was and succeeds in encapsulating all the ENERGY, humour, GENEROSITY, and unconventional ways which are so CHARACTERISTIC of Liverpool.

He not only puts his finger on the exact moment when MERSEYBEAT was born, he lived and BREATHED it as one of its leading promoters.

Sam’s BARN-STORMING bills not only featured The Beatles, whose sheer POWER and ENERGY in their early days ROCKED the city to its foundations, but also groups such as Gerry and the Pacemakers, The Searchers, Rory Storm and the Hurricanes and Kingsize Taylor and the Dominoes.

P.S. JOHN LENNON once said “Sam Leach was the pulse of Merseybeat. What he did the rest copied”.
P.P.S. PAUL McCARTNEY on BBC Radio Merseyside in 1984 called those early days “The Sam Leach Era”.