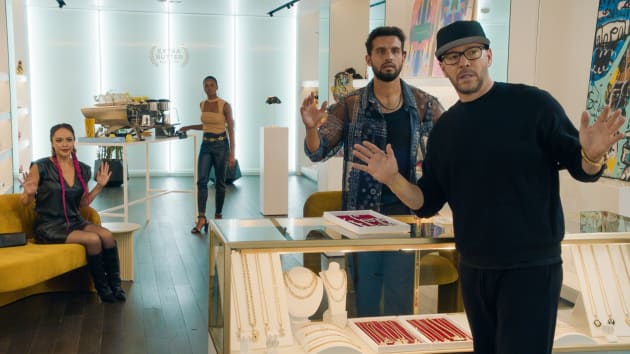 On Blue Bloods Season 13 Episode 4, Mayor Chase tried to put his nose into two cases, causing trouble without being on-screen for a second.

He wasn’t the only one playing politics, but his pressure on both Frank’s department and the DA’s office could have resulted in grave miscarriages of justice.

One of the best things about Blue Bloods is that it often offers a unique perspective on current events, especially ones that affect law enforcement. Most cop dramas have tried to highlight problems related to racism and policing, but Blue Bloods is the only one to show it entirely from the police officer’s perspective.

Frank and his family would be horrified if a police officer beat up a suspect because of his skin color or killed someone using choke holds or other excessive displays of force. Still, they disapprove of anti-cop sentiment and dislike how political concerns impact cops.

It’s important to have shows like this that offer a different perspective. No matter where viewers fall on the political spectrum, they must understand all sides of complex issues like this.

Lester’s case demonstrated that political concerns could lead to unnecessary stress and waste police resources. After he shot Lamar, Lester had already sat through both an internal and a criminal investigation. Still, the mayor wanted another to prove he was doing something about police using their power to abuse non-white citizens.

Frank: We deal in facts. And the fact is that the NYPD has had record turnover this year. I cannot afford to lose another good cop. And Lester is a good cop.
Garrett: So you’re saying No to the mayor?
Frank: I am saying No to the conventional wisdom that says you can hound a person for the rest of his life until you get the result you want.

As Frank pointed out, that was a terrible idea. No matter what people thought, it wasn’t justice to subject Lester to endless investigations to change those investigations’ results. That wouldn’t bring Lamar back; it would only endlessly punish the man who killed him.

Frank was stuck in a difficult position here. No matter what he did, the press would spin it as good cops protecting bad ones and police being allowed to shoot Black citizens without ever facing any consequences. 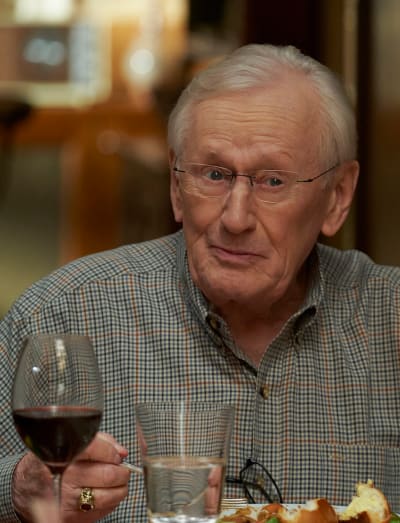 He brought his characteristic integrity and passion for justice to the fight, disposing of the investigation as quickly as possible and planning a press conference so that he could stand up for Lester and any other NYPD cops who were victims of constant harassment after being cleared of wrongdoing in a shooting.

Lamar’s death was tragic for everyone — including the cop who shot him.

Lester: I hate what happened. It eats me every day. But if I could do it all over again, I’d do the same thing. I’d have to.
Frank: So you’re at peace with your decision?
Lester: I’m never going to be at peace.

That’s a point that often gets missed in these discussions. People tend to paint cops who shoot to kill as bad guys and people who get shot by police as heroes, and it’s not always that simple.

Are there cops who are horrible human beings who shouldn’t be allowed to carry a gun? Of course. But many cops struggle silently with the knowledge that they ended a life, especially if they later find out they were mistaken and the suspect was unarmed.

Lester also made the interesting point that he would do the same thing all over again even though he’s heartbroken to have killed an innocent man. He felt that was the best way to protect himself from a suspect reaching for something that could be a gun.

Cops often have to make split-second decisions. There are important conversations to be had about whether they should be trained to shoot any time they feel threatened or how they can protect themselves without risking so much loss of life.

But these tragedies often happen when a cop has a second or less to decide whether a suspect’s behavior is dangerous and how to react.

Thanks to the mayor’s reopening of an investigation that had already been completed and closed, Lester’s guilt and trauma over the shooting were reactivated, and he considered resigning at a time when the NYPD was woefully short-staffed. 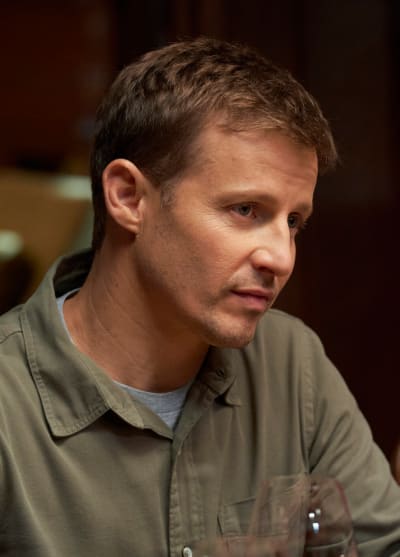 That would have not only been unjust but also would have contributed to a lot of problems. Overworked, overstressed cops are more likely to make errors — including shooting innocent people. The intense pressure could also exacerbate any mental health issues the cops are dealing with, making it more likely that someone will get hurt.

In short, the mayor’s insistence on reopening this investigation might make John Q Public feel like someone is doing something, but it will only make racial tensions between police and community members worse.

The mayor’s pressure on the DA’s office wasn’t any better. He wanted Baxter convicted so he could say he was tough on crime, and it didn’t matter to him whether the guy was guilty or not.

I usually don’t have much use for Erin’s storylines, but her refusal to throw an innocent man under the bus for political reasons impressed me. 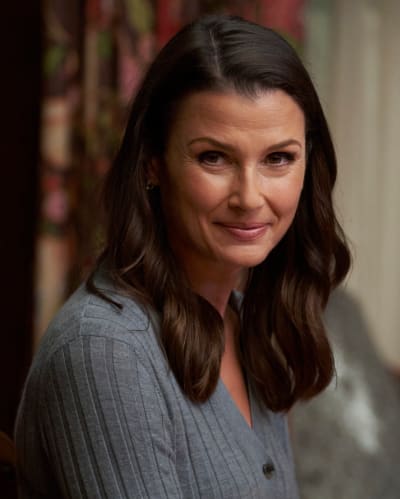 Erin demonstrated that she has what it takes to be Manhattan DA by standing up to the pressure. She is fully her father’s daughter, and the mayor knows it. So does Crawford, and that’s why she’s been undermining Erin for the last several years.

Danny and Baez were also forced to take a case that wasn’t their department because an obnoxious victim called in a favor with the mayor’s wife. That mayor certainly got around!

Danny: It’s crazy. You can’t turn on the TV without hearing that crime is going up in the city, and this moron is walking around with a three bedroom house on his wrist.
Baez: It’s a free country, I guess.
Danny: Yeah, it is. But people are really struggling, trying to make ends meet. No watch is worth a million dollars.

Despite Danny’s dislike for helping victims that he viewed as spoiled rich guys, he and Baez gave it their all, catching the robbers and informing a victim that the family heirloom he thought wasn’t worth much was actually a high-end watch. Danny advising the man how to wear the watch so that he wouldn’t attract thieves was a nice touch.

Danny was right that those watches were obscenely expensive, but Baez was also correct that the victims had the right to spend that kind of money if they had it. And in the end, not-so-rich people like the newsstand owner ended up affected by the crime wave too, so it was a moot point,

The only Reagan that the mayor didn’t interfere with was Jamie. 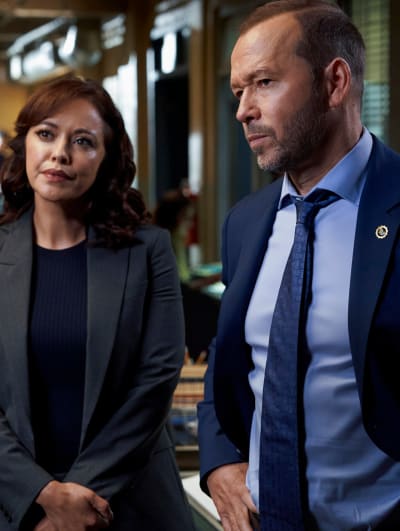 Jamie’s boss was almost as unlikeable as the first time he was on; fortunately, he didn’t take up too much airtime.

If the hiring process was a test, Jamie passed it with flying colors. He realized Cooper was not qualified and instead asked his partner, who was covering for Cooper constantly anyway.

Eddie didn’t have a storyline this week, though her contributions at the dinner table were cute. It seems she’s staying true to her word and not trying to discuss or interfere in Jamie’s new position. 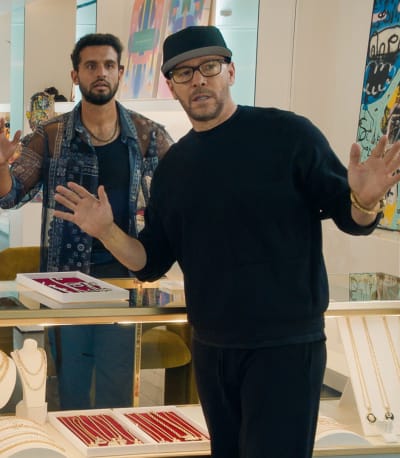 We want to hear what you have to say, though. Hit the big, blue SHOW COMMENTS button and let us know your thoughts.

Don’t forget you can watch Blue Bloods online whenever you’d like. 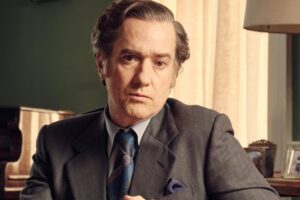 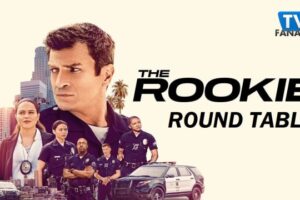 The Rookie Round Table: Is the Series Relying Too Heavily on Former Villains? 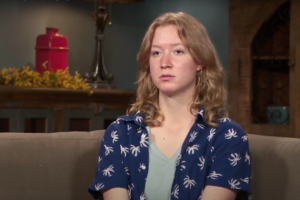