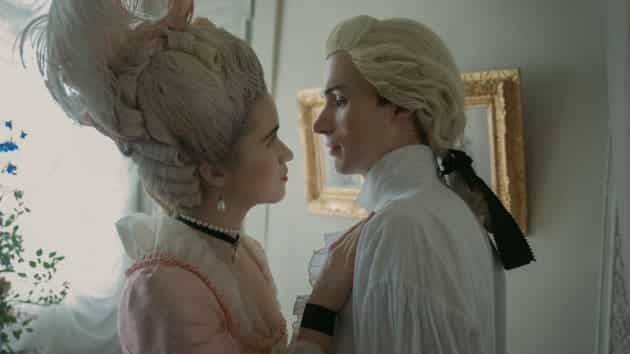 There seems to be no end to Camille and Valmont’s mind games, but they still can’t help but flirt.

TV Fanatic scored an exclusive clip from Sunday’s upcoming episode, which sees the former lovers meeting in a most unlikely place.

Dangerous Liaisons has made such a splash that it has already been picked up for a second season.

It’s a prequel series to the novel by Pierre Choderlos de Laclos and play by Christopher Hampton (which was made into a film by Stephen Frears). 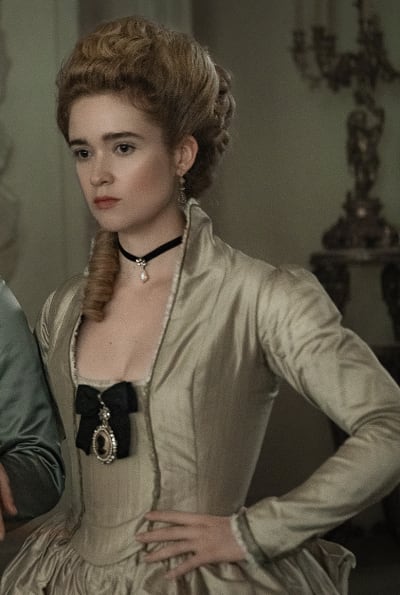 Here she makes an offer — and demands.

In fact, Pascal doesn’t even recognize her. 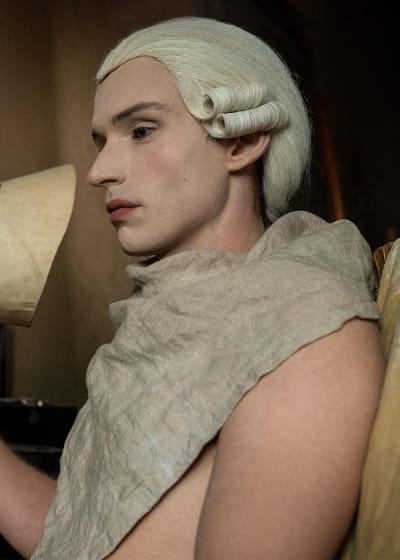 But don’t worry, there’s still a healthy amount of sexual tension! It is Valmont and Camille, after all.

Enjoy Andrea Flesch’s confection-like costumes while these two still have their clothes on.

How can he refuse when she asks so nicely?

Let us know what you think in the comments, and come back to TV Fanatic after each episode for our full reviews and recaps.

Dangerous Liaisons airs on Sundays at 9 p.m. on STARZ.