Diana Jenkins is leaving The Real Housewives of Beverly Hills after just one season. On Monday, Jenkins took to Instagram to announce her exit and explain why she’s made the decision to leave the show.

“Hi everybody…As so many of you know, Asher and I are expecting our second child later this year. You also know that due to many factors, this pregnancy is considered high risk and I am on doctor-advised bed rest. To that end, I am not able to devote myself fully to filming the next season of Real Housewives of Beverly Hills,” Jenkins, who confirmed her pregnancy late last year, wrote. “I would like to thank Bravo and Evolution for allowing me to focus on my pregnancy, and for their support and understanding. I promise to continue sharing my fertility journey with you.”

The decision, which comes just days after Lisa Rinna announced her exit from the long-running series, was made following the announcement of Jenkins’ pregnancy. The 50-year-old entrepreneur is expecting her second child with husband, Asher Monroe, after experiencing fertility issues and suffering a miscarriage.

Jenkins hinted at the baby news last month, in a holiday post on Instagram, where she showed off her Christmas decor.

Set to Monroe’s 2013 track, “Warm Winter Night,” it wasn’t the video that alerted fans and followers to the pregnancy news, it was the comments section, which saw Jenkins seemingly confirming her pregnancy.

“Mazel Tov in your pregnancy,” one follower wrote, to which Jenkins responded, “Long way to go but thank you.”

Her RHOBH co-star, Kathy Hilton, commented on another one of Jenkins’ Christmas-themed posts, writing, “Congratulations!!!!,” to which Jenkins simply responded with three red heart emojis.

Jenkins, who shares 2-year-old daughter Eliyanah with Monroe, 34, opened up about suffering a miscarriage on season 12 of the Bravo reality TV series. It even turned out to be a topic of contention between Jenkins and castmate Sutton Stracke after Jenkins made an unexpected appearance at Garcelle Beauvais’ birthday party after having told the women she was ordered to be on bed rest by her doctor.

She joined the series last season as a full-time Housewife with season 12. A CEO of the Neuro Brands, the Bosnian-born TV personality also heads several philanthropic efforts, including the Jenkins-Penn Haitian Relief Organization she launched with actor Sean Penn.

In addition to Eliyanah, Jenkins is also mom to son Innis and daughter Eneya, whom she shares with her ex-husband, British financier Roger Jenkins. 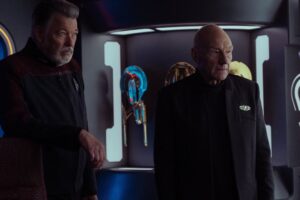 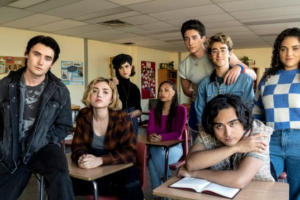 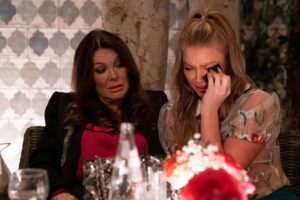