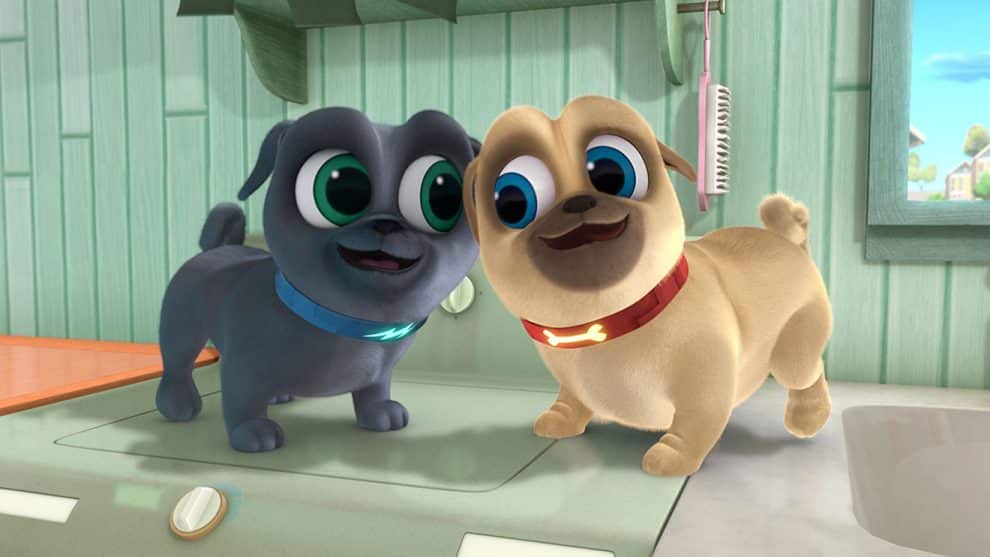 Join Fun-loving Pug Puppy Brothers Bingo and Rolly on Paw-some Adventures
Around Their Neighborhood and the World! Synopsis:  They’re cute, cuddly and all collared up for pup-tacular adventures!  While their owner Bob is away, adorable puppy brothers Bingo and Rolly embark on exciting missions stretching from their own backyard to amazing locations all around the world!  With support from their “big sister” Hissy, a neighborhood full of animal friends and Bob’s high-tech inventions, these hilarious heroes are always ready to unleash totally paw-some fun!