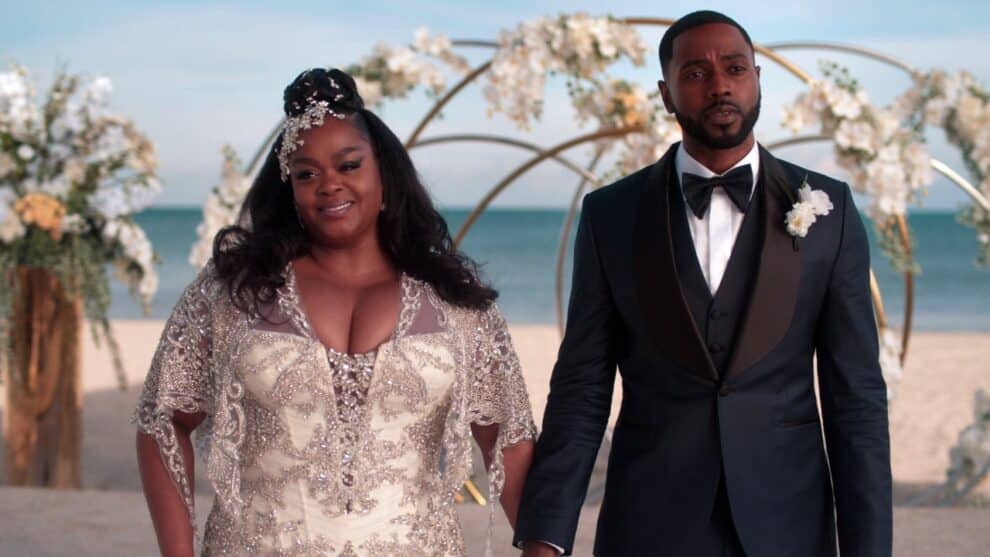 The third installment of BET+’s First Wives Club doesn’t pull any punches with its first two episodes. The new season picks up exactly where the second left off — with Hazel (Jill Scott) and Nigel’s (Mikhail R. Keize) pending nuptials. But a two-part episode drop takes fans through a tumultuous journey that not only ends with the couple broken up — for good — but a death in the family.

But that’s par for the course for the entire season Scott warns. “The writers definitely took us on a journey this season,” the actress told ET, admitting that she didn’t particularly care for all of the turns the season takes.

Read on below for major spoilers from First Wives Club season 3!

Specifically, Scott wasn’t a fan of the decision to say goodbye to the show’s OG character, Ariel “Ari” Montgomery, played by Ryan Michelle Bathe. While Bathe was a series regular in the show’s first two seasons, the character had moved to the West Coast in the second season and officially appeared in two fewer episodes than Scott and Michelle Buteau.

In season 3, Ari is only mentioned as her husband, David (Mark Tallman), promises to bring her to the island in time for the ceremony. The couple misses the disastrous journey to the aisle and, when the second episode nears its end, it’s revealed to be because Ari suffered a brain aneurysm before they could make it. She dies offscreen.

“I hated it,” Scott admitted, later adding that she did, however, appreciate how she was able to reveal another layer of Hazel’s character by depicting her grief.

It’s the friendship between Hazel, Bree (Buteau) and Jayla (Michelle Mitchenor) that keep the women going strong throughout the rollercoaster that is season 3. The first two episodes cover Hazel and Nigel’s less-than-stellar wedding ceremony, including a glimpse into Bree’s growing friction with her husband, Gary (RonReaco Lee), as the two struggle to sort out a working family schedule with their busy lives and Jayla’s attempts to open up in her relationship with fellow lawyer Jacob (Bill Barrett).

Even Versace (Tara Pacheco) is dazed by a run-in with Cupid’s arrow when she meets a mysterious stranger on the island before the wedding and is stuck attempting to find her again after a sultry time together.

When it’s actually time for the ceremony, Hazel’s cold feet reveal what Scott admits she wasn’t surprised to discover — Hazel can’t go through the wedding.

The singer tells her younger beau that she can no longer take advantage of his self-sacrificing ways, especially regarding his wanting to be a father. Although Hazel was told she could have children if she wanted, the Ladies First label owner admits that she doesn’t have the same desire as Nigel, and ends their relationship to allow him to pursue that future with someone else.

“I wasn’t surprised. I would’ve been more surprised had they actually gone through with it,” Scott revealed, adding that as a viewer of the show, she couldn’t see how the couple would work. “I just always felt like Nigel was just a little too young. But some women like that. Some women my age really like the young John — I’m not one of ’em.”

The GRAMMY winner noted that her character’s impulsiveness often leads her down a rocky path for love. “She just jumps up and makes decisions and acts on them immediately without thinking,” she mused.

But that isn’t a judgment. Scott declared that she tries not to judge her character, and admires the “self-centered” nature of the fictional singer who always seems to get her way in the end.

And when it comes to her love life, Scott believes that Hazel is ready for something long-term, “but I don’t think she’s met him yet.”

Thankfully, the fictional songstress has her girls by her side, and she will need it for the hurdles season 3 will throw her way. “They’re so different and I love that for them,” Scott shared when asked why the trio’s relationship is so special. “They have seen each other through some of the most challenging times in life, and that’s what real friendship is — to me anyway.”

“You don’t have to talk to somebody every day but when you get together, it’s like peanut butter and jelly, you know? It just makes sense,” she added. “That’s the kind of relationship that they have. This is the most time I think they’ve spent together since college. But it’s worth it.” 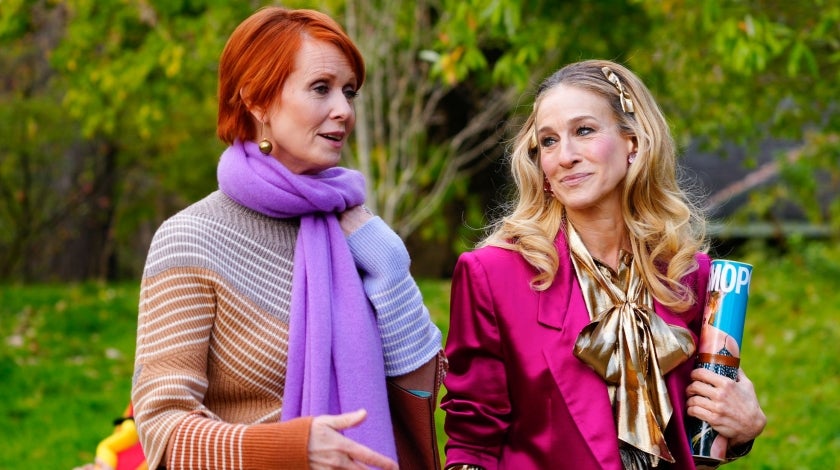 ‘David & Annie: After the 90 Days’: David and Annie Explore Possibly Having Kids (Exclusive) ’90 Day Fiancé: The Other Way’: Gabriel Says Isabel Didn’t Know He Was Transgender When They Met (Exclusive)

Richard Thomas on his Career-Defining Role on The Waltons, Returning as Narrator, and the Importance of Gratitude
Benjamin Ayres on Why We Love Christmas Movies, Filming Them in