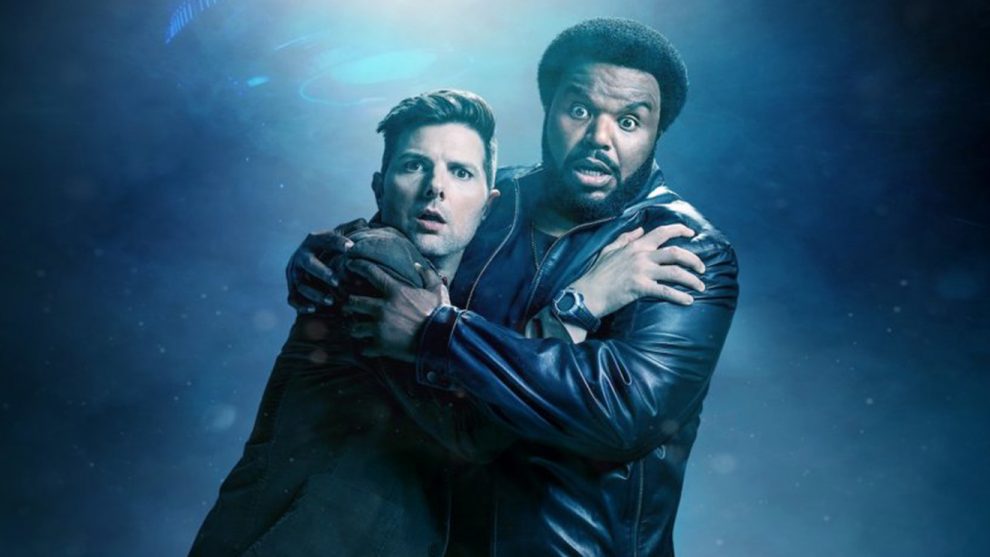 Ghosted has given up the ghost, with its official cancellation by Fox.

The cancellation of Ghosted is probably not a big surprise to anyone who’s been following its path. The Sunday paranormal comedy series, starring Adam Scott and Craig Robinson, debuted back on October 1, 2017, yielding 3.581 million viewers. Yet, its ratings fluctuated throughout the first half of its season, oddly ending Season 1A on January 7, 2018 with a high of 3.889 million viewers.

However, Ghosted returned after a lengthy hiatus on June 10 with renewed vigor after having brought in new showrunner Paul Lieberstein (The Office) to replace Kevin Etten, with teases from the network big brass that Season 2 was still possible. However, the change was quite noticeable in Season 1B’s new tone and it wasn’t good. Consequently, the latest run has been consistently anemic, with its most recent episode – aired on June 24 – reaching the new low of 1.126 million viewers.

Tellingly, Ghosted was initially left off Fox’s 2018-2019 programming slate. During Fox’s annual conference call with reporters, network executives confirmed at that time that they had not yet reached a decision on Ghosted Season 2. Now, it appears that the show’s plummeting ratings will serve as the final straw for the already on-the-bubble series.

Ghosted follows a former LAPD detective and skeptic (Robinson) and a former Stanford professor (Scott) who are recruited by an underground organization to investigate the paranormal. The series debuted on October 1st, 2017. The pilot was directed by Jonathan Krisel (Baskets, Man Seeking Woman). The series was created by Tom Gormican and Kevin Etten.