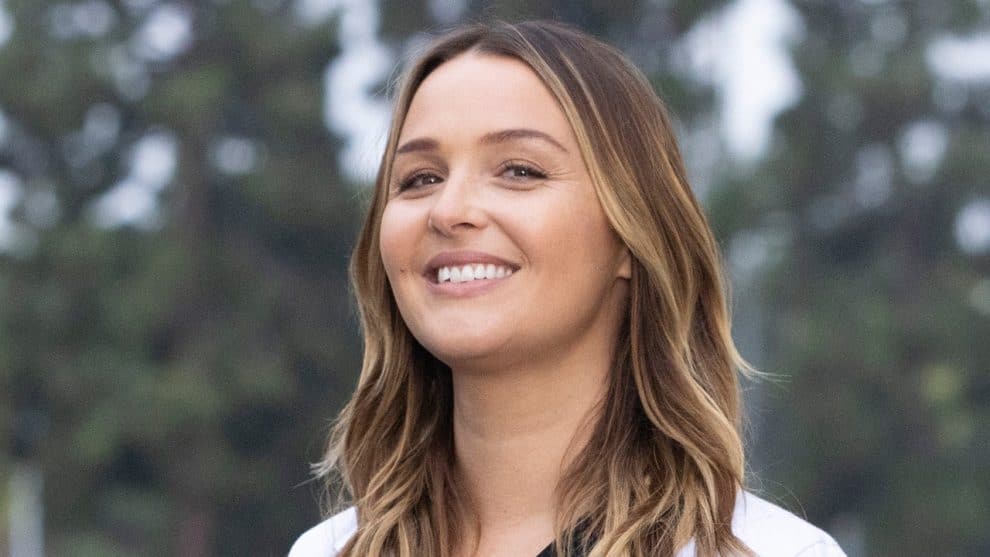 Camilla Luddington isn’t exactly putting Grey’s Anatomy fans’ fall finale fears to rest. In an interview with ET’s Deidre Behar, the 38-year-old actress, who stars in the medical drama as Dr. Jo Wilson, warns that viewers may want to call out of work after watching the episode.

“I think the general rule should always be that if we have a midseason finale, you should not be at work the [next] day. It should just be an automatic call out sick,” Luddington tells ET. “… Just call out sick. When have we ever had a midseason finale that’s gone swimmingly well? It’s not gonna happen. No.”

Fans probably gleaned as much from the preview of the episode, which teased that tragedy will “strike one of our own.”

“Always [be] concerned ’cause it’s Grey’s Anatomy,” Luddington says. “Tragedy does strike one of our own. It’s also a Station 19 crossover with us. It’s a lot of characters involved. Be worried.”

On a scale of one to 10, when it comes to concern, Luddington tells fans to “always err on the side of a 10.”

“It’s not necessarily life and death always. It’s just a lot of emotional things happening,” she says, adding that, in the fall finale, “There’s one big cliffhanger, but there are many little cliffhangers too.”

As for the plot of the episode, Luddington says, “There’s a storm happening. There’s the opening… of our new reproductive clinic on the show, which is really exciting. Carina DeLuca is gonna be in our episode and people love [actress] Stefania [Spaminato].”

A potential romance, Luddington teases, may also be brewing between Jo and Link.

“There’s some fun stuff with Jo and Link (Chris Carmack), maybe some feelings happening,” she says. “… In the midseason finale he does a really sweet gesture, and it does start Jo’s feelings again for Link…  It’s not romantic, it’s just very nurturing… That is what makes it romantic.”

While Luddington has “not read the script yet where [Link’s] feelings have been told” to Jo, she thinks it’s certainly a possibility in the future, one she’s very open to.

“I feel like Link is over [his ex] Amelia (Caterina Scorsone). He needed to go through that breakup. Jo has moved on. She’s dated other people and she’s in this great space in her life where I think that she is ready for it,” she adds. “I think they are just both so terrified that it would ruin that friendship, but they would be so good together too.”

At this point, Luddington says, “it’s so obvious they’re in love.” Even so, the will-they/won’t-they questions between the longtime friends make for great TV.

“I do love it when the fans are polarized because I feel like it means the writers are doing an amazing job,” Luddington says. “They’ve written them so well as friends that people are invested in that. They’re teasing this so much that another part of the fandom is wanting that to happen, so I love that people are split on it.”

Fans will also “absolutely” get an update on Dr. Meredith Grey’s (Ellen Pompeo) plans for the future, after she seemingly accepted a job researching Alzheimer’s disease with the Catherine Fox Foundation in Boston. The move, which comes amid Pompeo’s announcement of her limited role this season, would also allow Meredith’s eldest daughter, Zola, to attended a school for gifted children.

“She is thinking about making that decision because Zola is an absolute genius, and she needs more than what she has in Seattle,” Luddington says. “We definitely see a continuation of that and decisions need to be made and solidified around that in this episode.”

It’ll also open up the possibility of a promotion for someone else because Meredith leaving Grey Sloan Memorial means that the hospital would a new chief of surgery since she got the job earlier this season. “We have to have a chief in the hospital,” Luddington says. “… They may actually end up chief this season.”

On a personal note, Luddington does not believe that Pompeo’s limited season 19 role means that Grey’s Anatomy‘s biggest star will be stepping away completely anytime soon.

“She’s said this herself, she’s never going to fully leave,” Luddington says. “… Jesse [Williams] comes back all the time and directs, so in whatever capacity she’ll be back… She’s an executive producer. I don’t foresee Grey’s without Grey.”

Luddington herself has no plans to walk away from Grey‘s anytime soon, after appearing on the show for a decade.

“I am loving this season so much that I’m in it. Quite simply, I’m in it,” she says. “I also feel like Jo’s story has not been completely told yet. It would feel strange to me to walk away at this point. I’m committed.”

“Listen could they kill me off tomorrow, yes. I could be swept away by a tidal wave. It’s totally possible. We all know that,” Luddington continues. “If you sign up for the show you know that’s a possibility, but me, right now, this season, no I’m not ready to step away.”

The fall finale of Grey’s Anatomy will air Thursday, Nov. 10 a 9/8c on ABC. Tune in to Thursday’s episode of Entertainment Tonight for more of ET’s chat with Luddington. 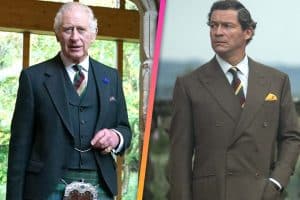 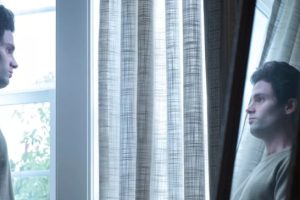 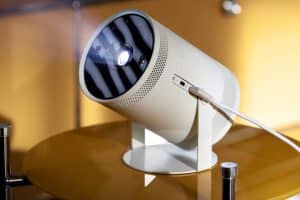