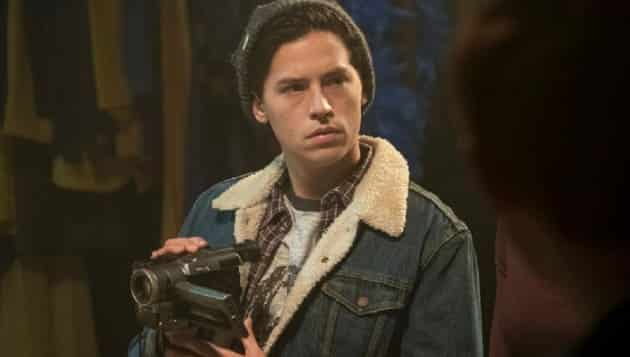 Riverdale is an unconventional teen drama. The off-the-wall camp keeps us guessing (and sometimes shocked).

When you think your mind is wrapped around the plot, the wicked little town loves to throw a curveball. We’ve had murder mysteries, mob bosses, serial killers, a brainwashing board game, cults, witches, magic, and most recently, a demonic apocalypse, to name a few.

The drama is vastly different than the darkly small town we met during Riverdale Season 1. But how did we get here?

It’s almost like the plot of some scary movie or book.

What if Riverdale is a fictionalized story set in one of Jughead’s books?

It’s not an outrageous theory when you look at all the pieces and clues, especially when you think about the framework of the show. 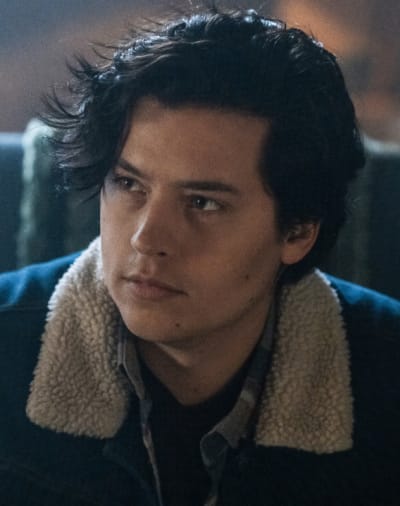 As a TV show, Riverdale is framed by its chapters and narratives. Each new episode feels like the next soapy part in a complex adventure of twists and turns where each development is meant to keep us hanging on their every word.

And as the series moves through every season, the drama is noticeably amped up. Sure, this style can be linked to the mechanics of TV writing, but think of every book and comic book series you’ve ever read.

Each new edition/sequel is meant to raise the stakes. 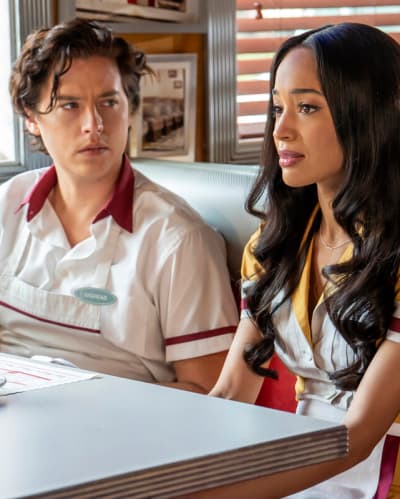 And Riverdale loves to get more shocking as the seasons go on!

We’re talking about the same series whose biggest plotline originally was the love triangle between Archie, Betty, and Veronica. Now, we’re dealing with an apocalyptic war and superpowers.

That’s not even considering the recent reality time travel back to the 1950s on Riverdale Season 6 Episode 22.

The progression feels like a writer expanding their interests and taking things in a new direction. Building bigger and bigger on the story will heighten the drama and make their readers hooked on what could be happening next. 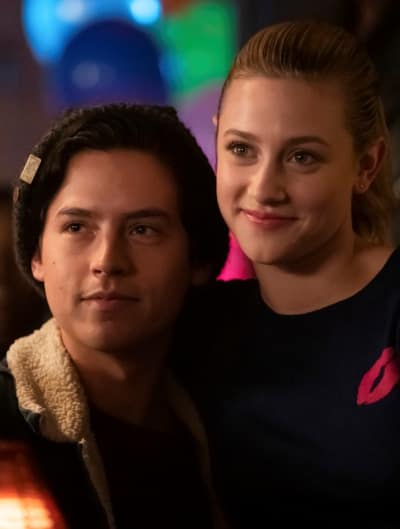 Jughead would for sure play in this direction. He loves mystery and the macabre, something that would pique his interest to write about.

When he wrote his hit book during the time jump, his inspiration focused mainly on what happened between him and his friends. Everything from serial killers to criminal overlords. It all fits within his wheelhouse as a writer and his passion for mystery.

Ugh, writer’s block. A constant foe in my life. And, I’m running out of ways to procrastinate.

Though, Jughead has shown an aptitude for wanting to expand his craft and develop a name for himself.

We saw two examples of this: his rise to fame during the time jump and his curse during the Rivervale story. Sure, that was an alternate version of Jughead, but that Jughead and his deal with Mr. Cypher was a version of himself.

Jughead is all about writing and doing whatever it takes to be a successful writer. This motivation would include shifting his stories to make them more popular than ever.

From this sense of ambition, we can look at how “Jughead” is featured throughout Riverdale’s stories as clues.

It’s said that writers tend to put a little piece of themselves into the story. Whether it’s a character inspired by them, an element of their life, or a passion of theirs that somehow finds its way into the narrative. In this case, we have Jughead as a full-fledged character. 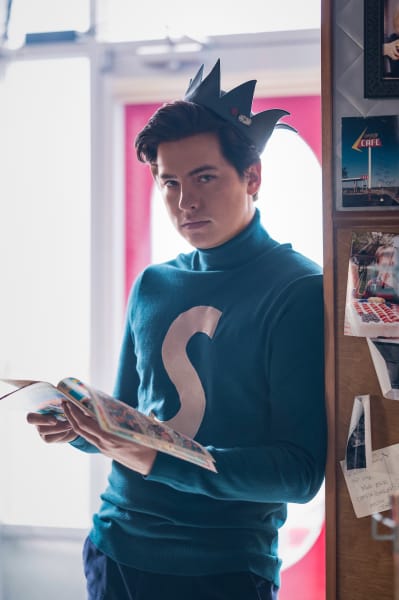 Our story is about a town; a small town and the people who live in the town. From a distance, it presents itself like so many other small towns all over the world…safe, decent, innocent. Get closer though and you start seeing the shadows underneath. The name of our town is “Riverdale”.

Jughead is the one critiquing or sharing his thoughts on the events around him. He jumps into the main mystery to help it get solved.

He was the connection to all that and more.

Granted, many of the main cast have had plots focused on them too.

Betty’s issues with her darkness were a massive driving force for most of the series. Veronica’s troubles with Hiram ended on Riverdale Season 6 Episode 7, and Cheryl’s Blossom family history is constant.

They’re all important to the complex web of the town. However, how Jughead’s story was weaved into the framework added more weight to the theory.

His life impacted the town and narrative, but he’s also stood on the outskirts.

Throughout the story, Jughead stays the most grounded character. Between Archie being a reckless vigilante and Cheryl becoming an all-powerful witch, Jughead has been a constant. 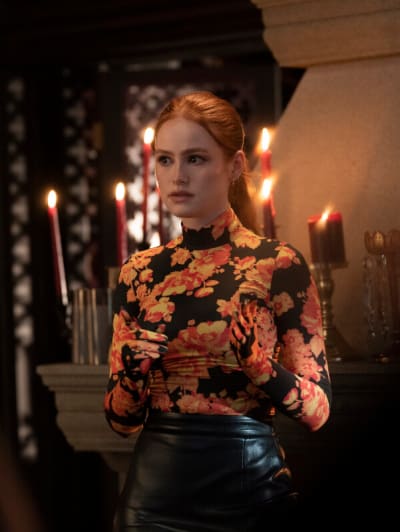 He’s our narrator. Why? Because Riverdale has him as the narrator.

His issues never get too out of hand, he offers the most debate about any situation, and the narrative wants us to sympathize with him the most. When most characters go through their roller coaster plotlines, there’s Jughead off in a corner who wants to write or be happy in his relationship.

What are you, a wizard? Is everyone in this universe a wizard?

And it wasn’t until Riverdale Season 4 that he became the main focus of the mystery.

Riverdale wanted us to fear Jugheads’s loss because he was so connected to everything. As the author, he weaved himself too much into the story to the point that Riverdale Season 5 needed a hard reset for his stories to explore new topics and refresh the direction of all characters. 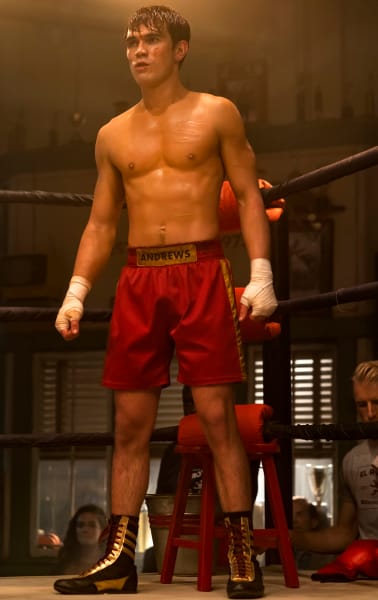 But as a TV series, Riverdale still has Jughead as the narrator. This element didn’t go away as each new season (aka. each new “book”) came out.

This style could be the biggest clue that Jughead is writing his story on his typewriter.

Jughead’s words have always been the first we hear and the last we hear. He’s framing the story as it comes along; the plot progresses as he’s brainstorming and typing it out for the book.

Somehow, the year is 1955. Somehow Archie Andrews and all of his friends, me included, are teenagers again. And I’m the only one who remembers what our lives were like “B.C.” Before the comet.

And the biggest hint is the Rivervale connection to the alternate universe “Jughead” being trapped as the writer for all of eternity to keep the universes alive.

Could this be Riverdale’s way of having “life” imitate art? A subtle nod to Jughead’s role as the writer keeping the show alive through his books? 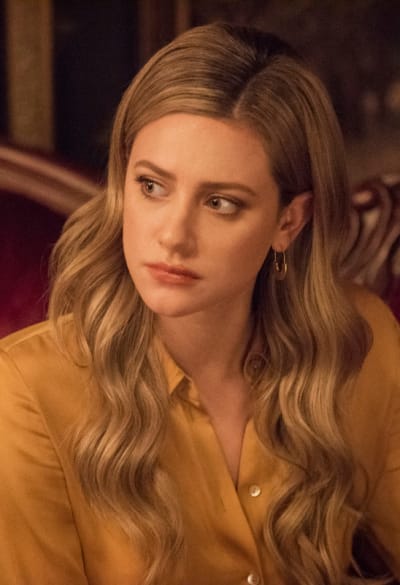 And speaking of influences, we can’t ignore Riverdale Season 6’s inspiration to have memories be shown as comic books.

The nod is a reference to Archie Comics, but the embodiment of the comic books could have a greater meaning. All of it, everything that has happened since Jason’s body floated down Sweetwater River, could be nothing more than the words or the images on a page.

It’s another meta connection to throw us off to the ultimate twist.

We’d come to expect that “Jughead” is writing it all and that the scenes are in comic books, but the entire series might be the book itself. It would explain why the plots have ventured so far from being a murder mystery and how Jughead has played a part in the structure.

Maybe the books started by the time jump on Riverdale Season 5? Or it goes right to the beginning? It’s all a book series. We’re the ones reading it. 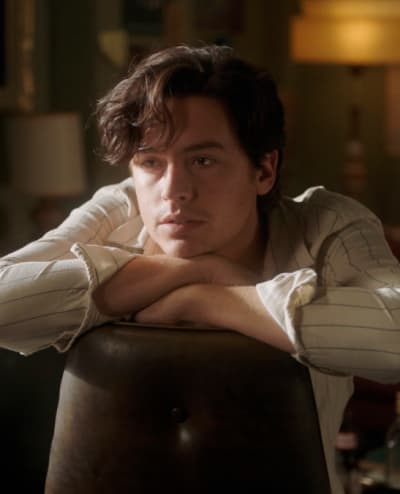 Do you think Riverdale is set within one of Jughead’s books? Could there be a bigger mystery to it all?

And don’t forget to catch up on Riverdale by watching Riverdale online via TV Fanatic! ‘Criminal Minds: Evolution’: Zach Gilford Breaks Down That Surprise Premiere Twist (Exclusive)
13 Adorable Nicknames Couples Have For Each Other