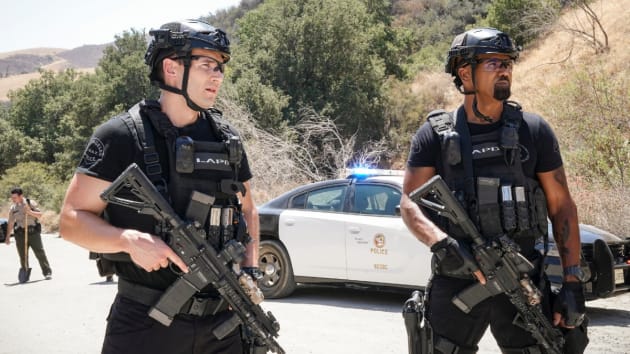 What happens when 20-Squad is sent on a wild goose chase courtesy of a convicted murderer?

On S.W.A.T. Season 6 Episode 4, the team tries to find diamonds that a convicted killer is searching for as he goes through his hit list of people that may have them.

Meanwhile, as an old flame of Hondo’s brings up some concerning thoughts for the future, a new S.W.A.T. transfer brings up some hard memories for Street from Long Beach.

During S.W.A.T. Season 5, we saw a lot of potential S.W.A.T. recruits as Luca and the others were heavily involved in the Academy.

During which, we saw a lot of Powell and others that seemed like they would have a chance at being seen more in this current season. 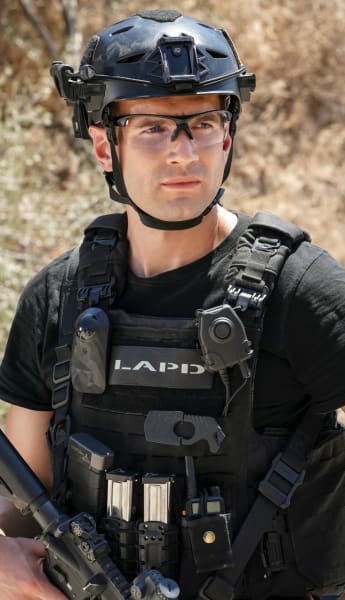 And that has been true.

Although Powell has been in the mix with 20-Squad, this episode involved a different, but familiar, S.W.A.T. Academy recruit: Cabrera.

Like any good S.W.A.T. officer, she figured out exactly where to look for Roman’s guys and the diamonds, and the dynamic she had with Tan was definitely like they had been doing this for a while.

Even though it still doesn’t feel the same without Chris, it’s been nice to see them still including strong female S.W.A.T. characters.

And passing on the message that anyone can do anything and rock at it. 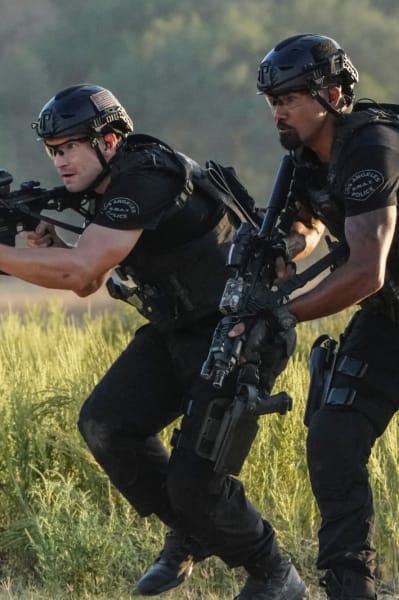 Meanwhile, we got to see a little bit of Street’s past.

Miguel Alfaro, from Long Beach PD, took an open spot on Rocker’s team, and when Street found out, it was not a happy sight.

We rubbed each other the wrong way back then.

Street didn’t openly admit right away what went down between the two of them, but it was clear throughout the episode that whatever happened, it was not good.

It’s no secret that Street’s a rebel.

But to see him act out with Alfaro around is definitely something that I’m not used to anymore, but he did have a good reason. 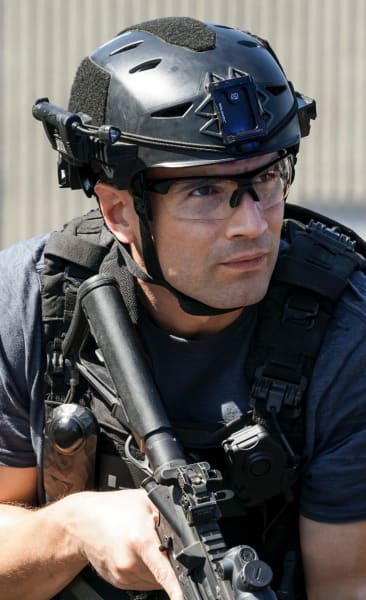 We don’t really know too much about Street’s background with the Long Beach PD, nor exactly why he transferred to the LAPD.

But Alfaro made it clear, and it was also clear why Street didn’t like him that much.

Alfaro nearly cost Street his job by saying that he was a dirty cop.

But at the same time, and weirdly enough, it might have actually saved him.

Obviously, what Alfaro did was not cool. 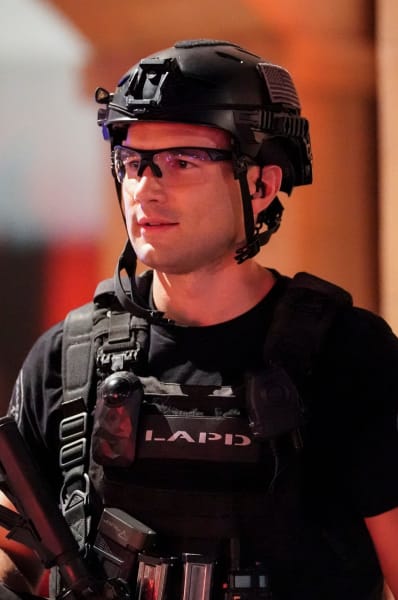 But it’s because of that that Street was able to come over to the LAPD, join 20-Squad and turn into someone much better.

And one of the best of ’em is Officer Street right there.

I’m hoping that we’ll be seeing Alfaro more because while he and Street seemed to have made up, it’s possible there’s still more to be uncovered.

We still don’t have too much on Street’s past at Long Beach, but with Alfaro, who knows what more could be revealed.

But either way, this could be one friendship that will be something to look forward to. 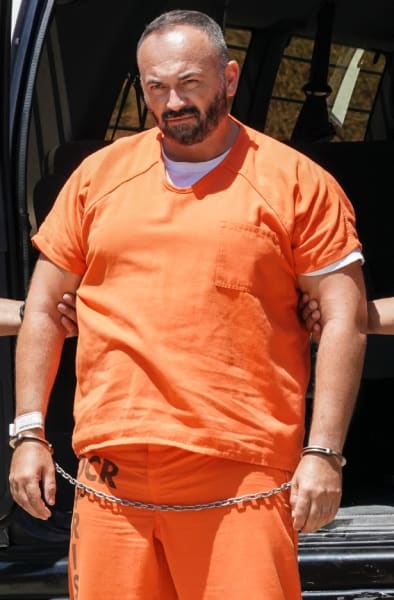 And speaking of friendships.

Hondo ran into former flame, Nia, from the D.A.’s office, and although sparks weren’t flying, something else was.

After Hondo revealed that he was in a committed relationship and expecting, Nia’s reaction wasn’t one that Hondo was expecting.

And it made him almost second guess how good of a father he would be. 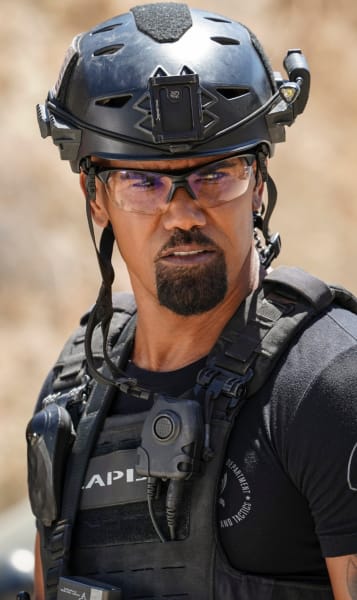 Of course, it’s Hondo, so he’s going to be a pretty good dad. And any soon-to-be parent that is worried about how they’re going to fail as a parent is already succeeding in my book.

This storyline also gave us a sweet Deacon and Hondo moment.

We haven’t really seen them bond over parenting yet and I’m so happy we’re finally getting it.

I mean, I do have to admit there is a part of me that’s worried that I’m gonna carry these scars into my relationship with my little girl.

Deacon knows a thing or two about being a dad, and he’s more than likely felt the way that Hondo was feeling.

They already have such a great relationship, professionally and personally, and now that they have something else to bond over, it’s really going to be such a great thing. 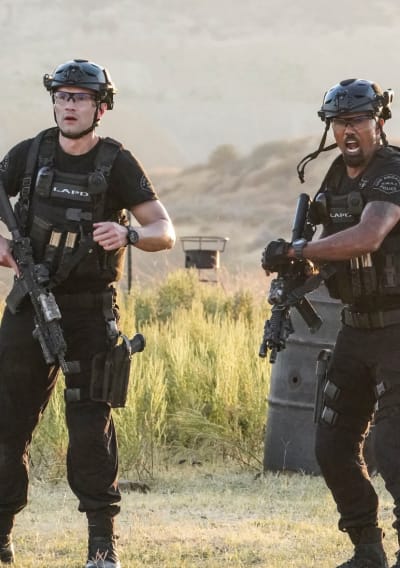 Meanwhile, as Hondo was busy worrying about being a dad, Nichelle was worried about the center’s COPE program, and while the end result wasn’t what she expected, it happened for the best.

With Rochelle Aytes being bumped up to series regular, that means we’re able to get more Nichelle-centered storylines.

How can I audit cops when I live with a S.W.A.T. Sergeant?

Nichelle quickly became a favorite of mine when she was initially introduced, and her motivation for doing the right thing and focusing on her center made me love her even more.

Hopefully, we’ll be able to see more of COPE now with it being part of the LAPD and how Nichelle does now that she’s somewhat part of the department. 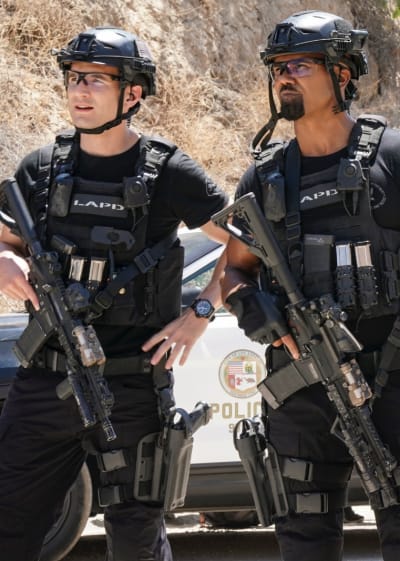 With Nichelle’s new job and ability to focus part-time on the center and part-time on COPE, we should hopefully be getting more storylines.

But whether it brings any complications home will also be something to look forward to.

However, Hondo and Nichelle can definitely get through anything.

Especially with a baby on the way. 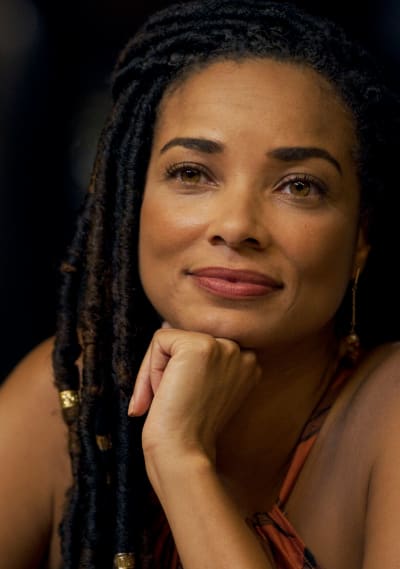 So, Fanatics, what did you think? Have Street and Alfaro come to their senses and made up? Or will there be something else brewing and the two will be at odds once again?

We all know that Hondo’s going to be a great dad, but will his worries bring him down and make it real? Will he ever admit to Nichelle what Nia had said?

Do you want to see more of Cabrera? Or are you hoping we’ll get even more of previous potential S.W.A.T. recruits to fill the void left by Chris?

What are your thoughts? Comment below and be sure to watch S.W.A.T. online any time via TV Fanatic!