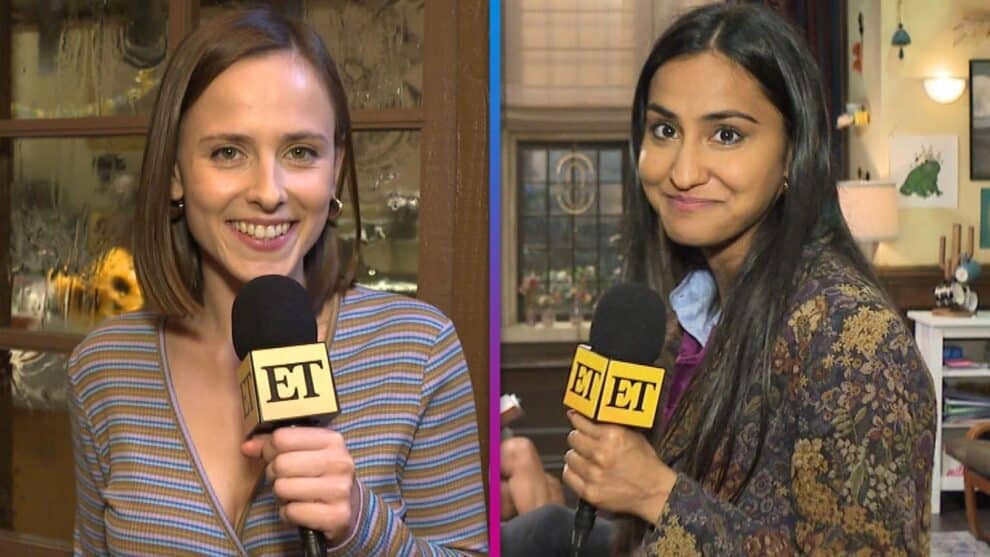 ET spoke with the cast on set of the hit HBO Max series, where they teased what fans can expect from the foursome in the show’s second season, premiering on the streamer Nov. 17.

Season 1 left off with cliffhangers for each of the show’s leading ladies — Kimberly’s fate at school and with Nico is up in the air, Leighton is coming to terms with her sexuality, Bela seems to have revolutionized the college’s comedy magazine and Whitney is moving past the Dalton drama. And while the finale left many questions left unanswered, Scott promises that will all be cleared up in the show’s sophomore run.

“We’ll see those sort of like dealt with and wrapped up,” Scott told ET, adding that the girls have a sense of “agency” this time around and are determined to get what they want.

With that agency comes a newfound confidence, not just for the girls, but also for the show.

“I think Kimberly really has a newfound confidence that definitely didn’t exist in season 1,” Chalamet shared, adding that her character in particular spends season 2 “exploring that confidence and kind of pushing the boundaries and limits of what it is to grow into that.”

Season 2 also sees the group as more of a unit this time around, taking their freshman friendships to the next level.

“I think we also — each character goes into more of their tiny little quirks which, I think is a whole other thing, ’cause it’s a lot of us just being, like, settled in and feeling more comfortable, and bringing tiny, little, itty-bitty bits of ourselves into the characters which is always fun. But you also see it in the writing, which is super impressive, that it’s that detailed and specific, and I think that goes for all of us too,” Rapp explained.

As for what fans can look forward to from each of their characters in season 2, confidence once again takes the lead, with growth and self-discovery coming in at a close second.

“Seeing the loser lose, but come back up every time,” Kaur said of what fans can expect from Bela, with Chalamet hammering home that sense of newfound confidence for Kimberly.

“I would say for Whitney, it’s probably a bit of diving into who she is, like, herself. She’s trying to figure out who she is and what she wants, which I really enjoy,” Scott added.

Rapp’s character exemplifies that as well, with Leighton not only accepting her sexuality but settling into a level of happiness that she was unable to attain in season 1.

“I think for Leighton, there’s such a huge deep breath, and a huge sigh of relief that is on a lot of levels of, of course, figuring out who you are with yourself, but then also there’s a whole different level of, like, being OK with that and accepting that,” Rapp said. “And that’s not to say that she doesn’t still do and say, like, homophobic things, or judge herself a lot, or judge other people a lot, but you definitely get to see her settle into her happiness and it wears everywhere, even in her physicality. It’s just much more grounded, which I love. It feels good and it feels right, and, like, growth.”

Season 2 of the Mindy Kaling-created series will also see some new faces, including Julia Louis-Dreyfus’ son, Charlie Hall, but that doesn’t mean the cast doesn’t have a few dream cameos in mind for future seasons, with Rapp telling ET she’d love to see YouTuber Claudia Sulewski join the cast.

“I think about it a lot,” Rapp admitted. “I want Claudia Sulewski to be on the show, ’cause I love her.”

“I mean, there’s all these people that we fantasize about. You know, [if] we get to live those fantasies through our characters, that would be fantastic,” Kaur added. “But I don’t see that coming to fruition anytime soon.”

The first two episodes of The Sex Lives of College Girls season 2 drop Thursday, Nov. 17 on HBO Max. Following the premiere, two new episodes will drop every week until Dec. 15.