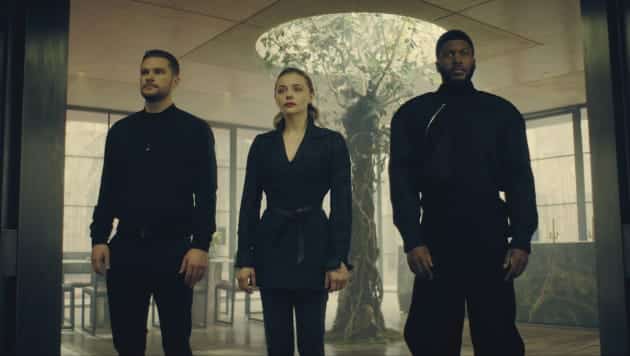 As Wilf and Flynne continued their search for Aelita, a new player entered the game: Inspector Lowbeer.

The Peripheral Season 1 Episode 6 showed Flynne more of the world inside the Peripheral, and it was a pretty bleak picture.

A surprise at the end of the hour opened up a lot of questions for the approaching finale.

How much can The Peripheral wrap up with only two episodes in season one?

Granted, the run time has been an hour or more, so they have a lot of screen time, but so many mysteries are left unsolved! 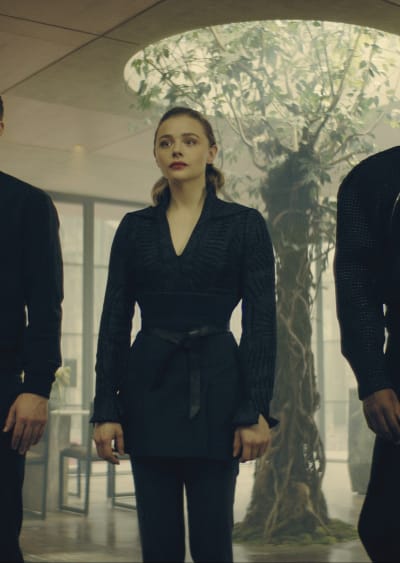 The biggest mystery on everybody’s mind: what happened to Aelita?

We really need to know what happened to Aelita (and the data she stole from Cherise)!

Lev, Ash, and Wilf still seem like they’re holding secrets of their own, like why they were making the Conner Peripheral!

We Knew Conner wanted one of his own because he expressed interest in having a working body again throughout the hour, but we didn’t know they were actively working on it.

Also, who is this mysterious new (late) addition, inspector Lowbeer?

Inspector Lowbeer became a menacing figure from the get-go, and even Lev is afraid of her.

While we don’t know too many details about the specific power the inspectors hold, it seemed like they have a lot of influence in the world of The Peripheral.

She managed to force Lev to summon the Peripherals, and the people who operate them (or, who WILL operate them, seeing as two of them weren’t used yet).

She also got the group to tell her everything about what they’ve been doing, which Flynne even had to pry out of Lev.

It’ll be interesting to see what the Inspector will say to Flynne, Burton, and Conner, seeing as the episode ended right after Lowbeer introduced herself to Flynne. 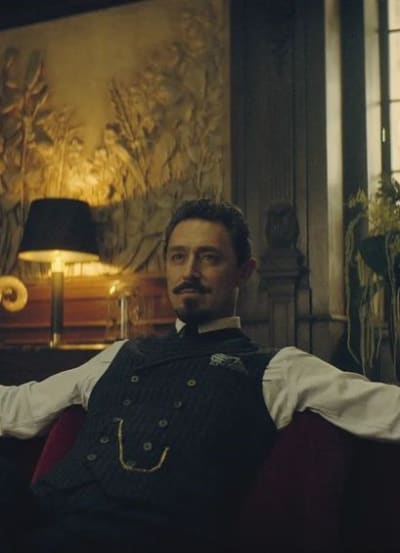 Back in Clanton, Corbell’s reign continued.

The accident that Tommy got into during The Peripheral Season 1 Episode 5, the one where he lost the hitman, Bob? Corbell caused it.

We aren’t entirely surprised that Corbell caused the crash, but maybe we wanted to be surprised.

We were surprised by the shock collar that Corbell put on Bob.

Bob found himself in a pickle, but he managed to get himself in a better position (we’re really not sure if we were supposed to root for him during this episode or not). 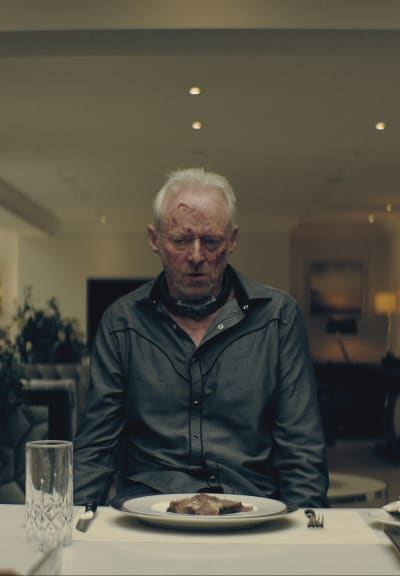 Bob tried to kill Flynne and Burton. But we also don’t like seeing someone involuntarily put into a shock collar.

Also, we know how ruthless Corbell could be, and we don’t want to see anyone subjected to his mercy.

Seeing Corbell and Bob face-off would be fascinating, but it would still leave us with one toxic overpowered man.

Flynne has enough on her plate, and now that Tommy’s snooping around, things may get worse.

Tommy approached Burton about what happened with the accident, and he wanted to know who Bob is and what the Fishers are involved with. 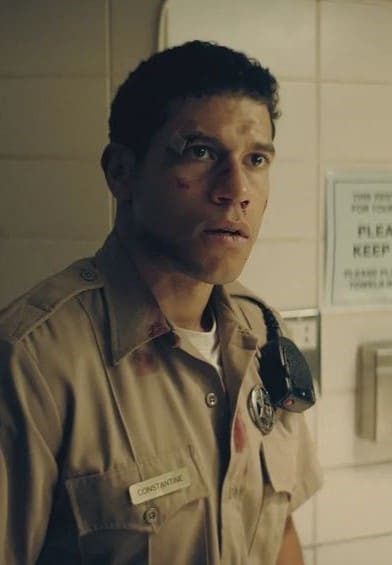 Burton didn’t want to have any sort of conversation and told Tommy to fuck off.

One thing that we have noticed throughout the season is that Burton has become more and more unlikeable.

Jack Reynor is brilliant at portraying the stressful turns his and his sister’s lives have taken, but Burton’s attitude is affecting the people around him.

Luckily, he got to do something he always wanted to do (even if he never really admitted it).

He got to go inside the Peripheral. 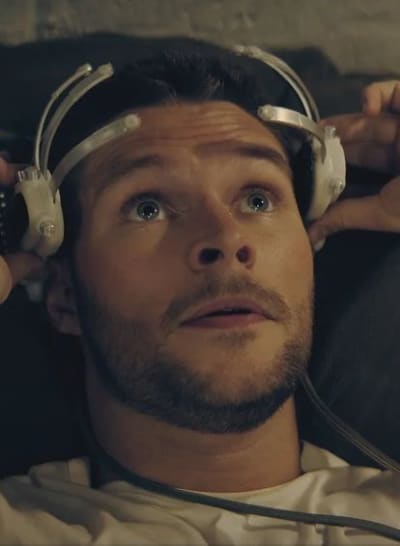 Granted, we didn’t see his reaction because the hour stopped right when they entered the Peripherals, but even Conner got to go into the Peripheral before him.

Maybe going inside the world, Flynne’s been visiting will help him be more understanding of her own stressors.

Speaking of Conner, we learned how Conner became a multiple-limb amputee.

In 2028, Conner, Burton, and their other friends standoff against some unknown force.

Suddenly, a wounded dog appeared, and even though they determined the dog was a trap, Conner still tried to go and help the poor creature. 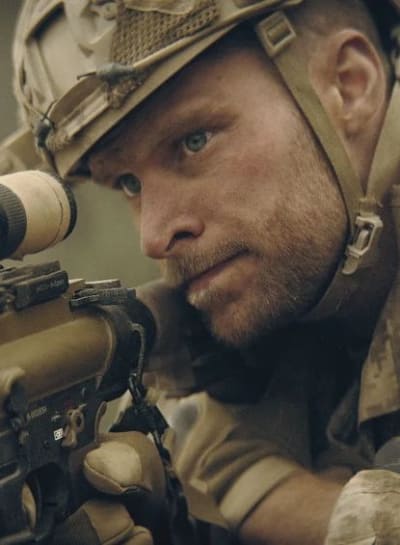 It turned out the dog was a trap, but not in the way any of them thought.

The dog had a bomb rigged inside, which blew up before Conner could get away.

Conner still got night terrors from this moment, and we don’t blame him.

Outside of losing his limbs, the trauma from seeing a bomb rigged into a dog is exceptionally traumatizing and made us tear up in the eyes.

We enjoyed seeing a bit of this character’s backstory because Eli Goree is a welcomed addition to the stellar performances in the cast. 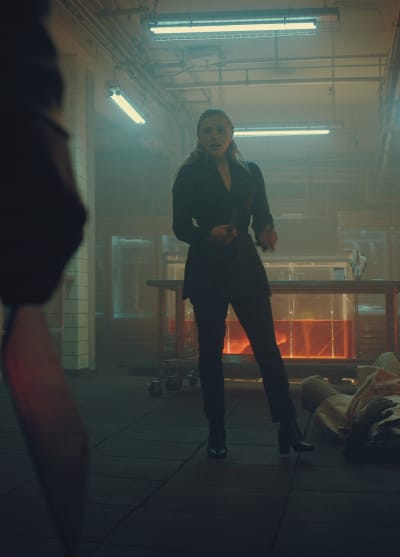 Chloë Grace Moretz (once again) proved that she is a force to be reckoned with.

She gives a tour-de-force every single week, and her stunt/fight work impressed us once again, and the range of emotions she portrays (even while fighting) is incredible.

Her range from super badass fighter to young and emotional newcomer to London 2099 is impressive.

This is an excellent vehicle for Chloë Grace Moretz, and we love that she gets to show off every week.

What will happen next, though? There’s so much that could happen in the next two episodes, and who knows if a season two is a thing the story needs. 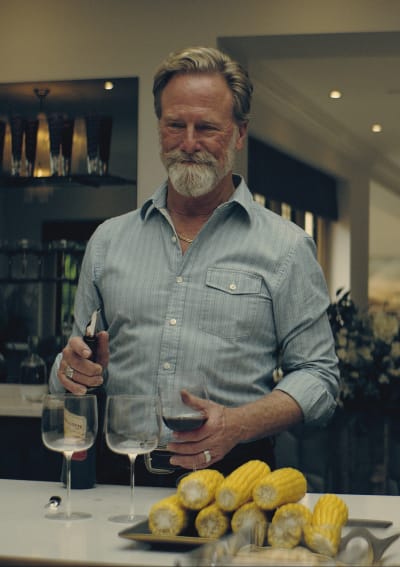 So, Fanatics, what did you think of the 6th episode?

Can you believe that there are only two left? What do you think will happen with the new addition of Inspector Lowbeer?

Let us know in the comments below! The Peripheral is based on the novel by William Gibson and airs on Amazon Prime on Fridays.