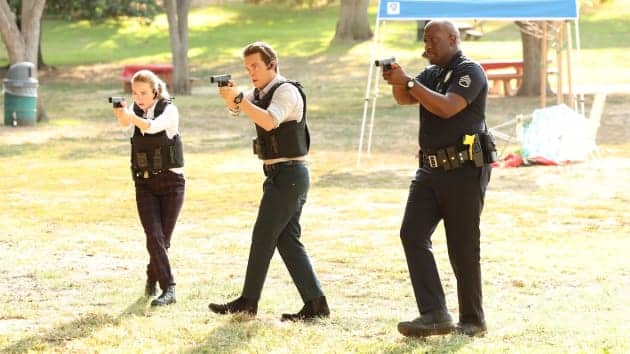 What a tense hour of TV!

The mention of anything nuclear-related always makes someone who knows anything about nuclear material miss a heartbeat. Now imagine feeling this for an extended period amounting to an hour.

On The Rookie: Feds Season 1 Episode 7, the team is racing against time to find a nuclear bomb meant to bring Los Angeles to her knees.

Laura’s birthday came up, and Brendon failed to find her a good gift. She guessed what his first gift was before she could even open it.

It must be tough to find a perfect gift for someone like Laura, and it was extra important for Brendon to find her one as he wanted to leave a positive impression of himself on his training agent. 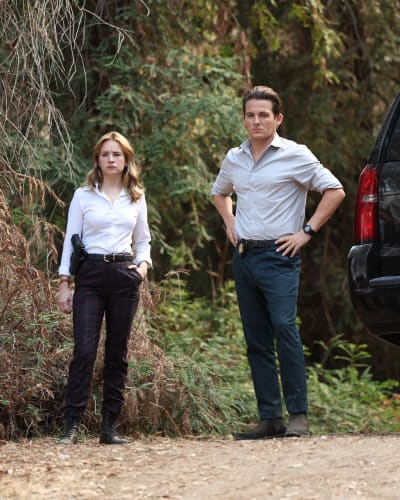 The team is used to dealing with life-or-death situations but this time, it hit differently when the whole city was at risk. The stakes were much higher because many agents — Simone included — have family in the city.

Despite dealing with some heavy stuff, the episode didn’t stray away from its comedic routine. Bigfoot and its existence, or lack thereof, was a nice break from all the death and bomb talk. It was also refreshing to watch Brendon try to find a perfect gift for Laura.

Even after his divorce, Carter’s duties as a dad didn’t end. It must be hard to juggle responsibilities as a dad and an agent. For someone like Simone, it’s much easier because her kids are all grown.

Carter felt put on the spot because it wasn’t his son on trial here, it was him, and if he failed to make a good item for his son’s project, it would reflect on him as a bad dad.

Simone: You know, you don’t teach your kid anything by doing their homework for him.
Carter: In school, yes. But this is the scout. It’s not about the kids. It’s dads versus dads. 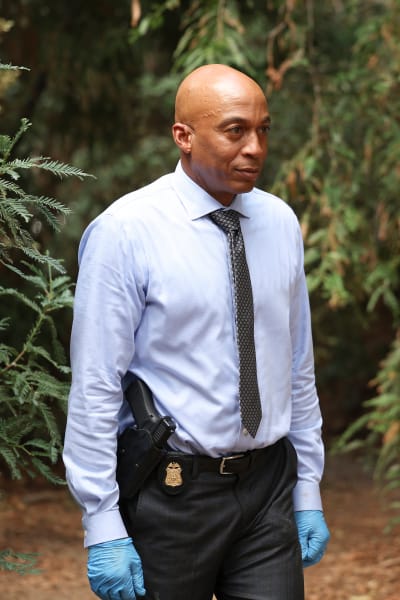 I was gutted when it appeared that Brendon and Antoinette might be over before they started. She could be good for him. In as much as I believe it’s not anyone’s duty to try and fix their partner’s shortcomings, it can’t be bad also to make them better people.

She is open and honest with him, which everyone can use. Being French and from France, she isn’t obsessed with him like Lucy Chen was because he’s a celebrity.

Brendon: It was such a wonderful gift that I figured someone should appreciate it fully. And so I have a friend who I passed it to.
Antoinette: You gave away my gift? Dieu et moi!

Of course, he has an alcohol problem. Is alcoholism in Hollywood blown out of proportion, or is it that much of a problem? Many alcoholics will find inspiration to keep going from him, whatever the case. It’s a win-win situation.

At the risk of repeating myself, this was intense. 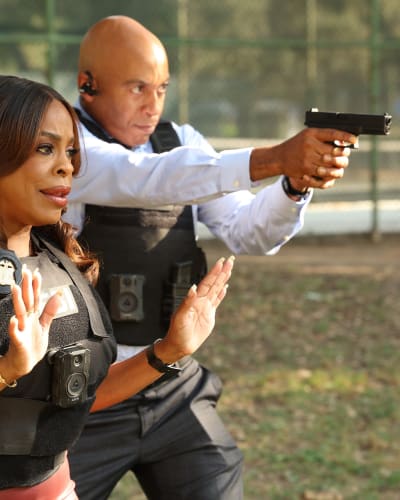 Even with all she has seen and some positions she has found herself in, Simone has never been shaken by a case like she was by this one.

Experienced agents like Carter could easily control themselves even when everything seemed to fall apart. If in Simone’s shoes, I’m sure I’d have behaved the same. I maybe would have been much more discreet about it, but I would have done it.

Simone has gotten away with a lot in her short stint in the FBI. This, however, was a cardinal rule she shouldn’t have broken, and it was a good thing Carter didn’t let her get away with it. Calling even one person an FBI agent is a risky thing to do.

Simone: Wow! I mean, you could whittle away all day at a car for your son but won’t do anything to save his life?
Carter: What the hell do you think I’ve been doing? Helping find this bomb before it goes off is saving my son’s life.

For starters, you never know who could be listening and what they could do with any information you give them. Also, Cutty might get the urge to try and save one more person who might want to save another beloved, and before you know it, it’s mass panic, which could be as dangerous. 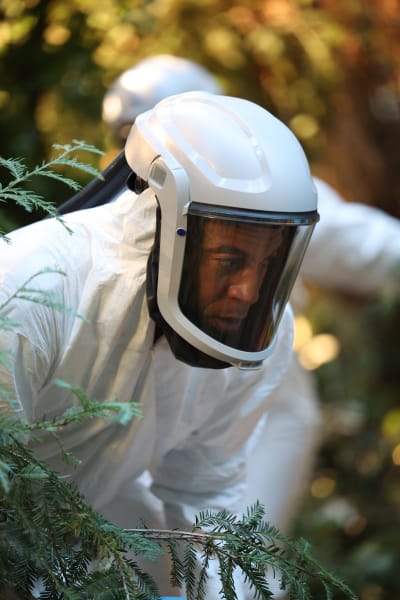 It is important to learn limits.

Mettle was not wrong in bringing attention to the severe issue of climate change and environmental destruction but blowing up people (or pouring tomato soup on a painting) is not the right way to go about it.

Two performances stuck out in this episode. Despite having few scenes, the actors portraying Mettle and his son knocked it out of the park.

The viewer could feel the son’s pain from having his life controlled by his dad’s actions. He is someone I could see myself watching if he was brought back in another capacity. 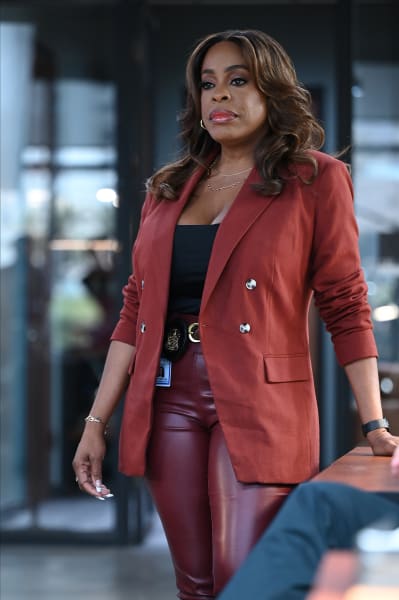 I’m willing to give a pass to the team when they seem to stumble across clues and figure stuff out. Maybe they are great agents, or perhaps it’s lazy writing. What I will not give them a pass for is expecting us to believe the good ol’ “cut the green wire” trope.

Even a beginner bomb maker knows the wire to the timer is always the first to get cut; thus, they always put a failsafe. It made the whole experience anti-climactic even after such a great build-up.

Everyone could use a second chance. It is good to talk to people and try to understand them and where they are coming from. 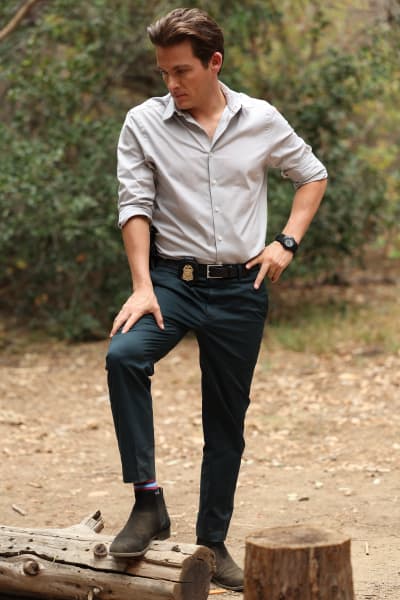 Simone got a second chance from Carter even after her huge mistake.

We all could use them.

I know we don’t like Tracy but hear me out. Maybe she is an important element of the team.

Tracy, we saved Los Angeles today. Why can’t we enjoy that for right now? 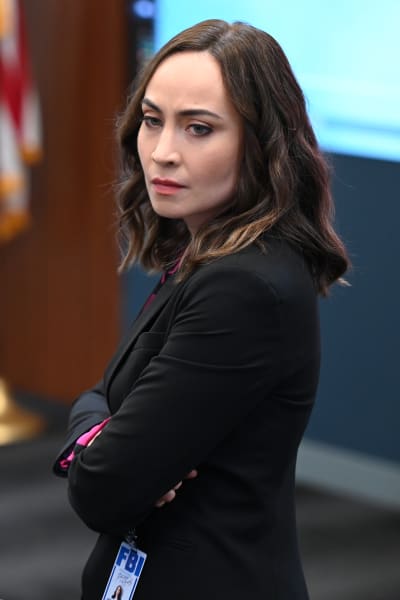 Politicians don’t know when to quit. If Garza continues to dish out favors like that, he will soon find himself asking for them, which is how they get you.

This is also a special unit; these kinds of units always risk being corrupt. They need someone to keep them in check. Tracy is that person.

So, Feds Fanatics, what did you think of this one? Did it keep you on the edge of your seat.?

Do you agree that Tracy might not be as bad as we initially thought she was?

DO YOU THINK THAT’S BIGFOOT?

As always, you can watch The Rookie: Feds online to catch up on what you might have missed.

Catch new episodes of The Rookie: Feds on Tuesdays at 10 pm ET on ABC. Days of Our Lives Spoilers for the Week of 1-23-23: Marlena Goes to Heaven, But Will She Be Back? How Prince Charles Feels About ‘The Crown’ Reliving His and Princess Diana’s Troubles (Exclusive)
‘Bachelor in Paradise’ Recap: An Entire Love Triangle Leaves the Beach in Tears