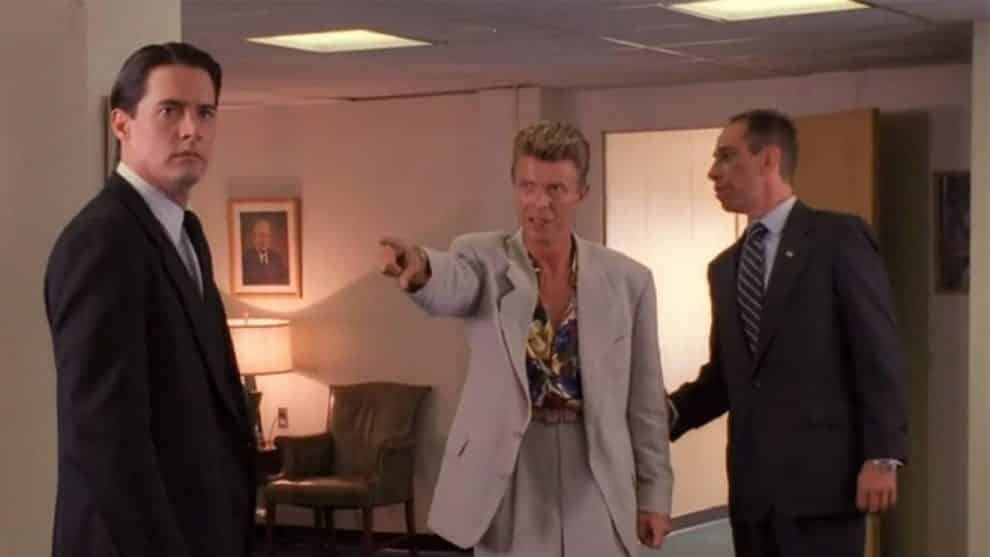 The late David Bowie made an unexpected appearance in the latest installment of Twin Peaks: The Return this week – and received a tribute at the end of the episode.

Bowie, who played harrowed FBI Agent Phillip Jeffries in the 1992 Twin Peaks prequel movie Fire Walk With Me, had reportedly been set to film new scenes for the series before he passed away in January 2016. But director David Lynch instead incorporated footage from the film into the episode, We Are Like the Dreamer, which premiered in the UK in the early hours of Monday morning and will be shown again on Sky Atlantic on Tuesday night.

Dressed in a white linen suit and Hawaiian shirt and speaking in Jeffries’ Deep South accent, Bowie appears in a black and white dream sequence recalled by Lynch’s character FBI Director Gordon Cole, repeating his Fire Walk With Me line “Who do you think this is, there?” in reference to Kyle MacLachlan’s character Agent Dale Cooper, who has since been revealed to be one of (at least) two dopplegangers.

David Bowie, a terrifying Sarah Palmer, & Monica Bellucci in a Parisian Café. The genius of Lynch was on full display this week. #TwinPeaks pic.twitter.com/7Ht8Cezm0I

A tribute at the end of the episode reads “In memory of David Bowie”.