Joe Goldberg is now the hunted.

Netflix dropped the official season 4 trailer for You on Monday, which finds Joe (Penn Badgley) attempting to turn over a new page as he settles into life in London under a new persona: college professor Jonathan Moore. Of course, it’s only a matter of time before the past catches up to Joe, as he struggles to fight the urge to revert back to his old, obsessive ways.

While Joe hob-knobs with “a circle of privileged douchebags,” he confesses he “misses having somebody out there” to, well, obsess over. Unfortunately for him, as he locks onto a neighbor, who turns out to be a colleague at the university, his old tendencies may rear their ugly head once more. “Why does the universe keep doing this to me?” Joe laments as he comes face to face with his neighbor on campus.

If there was a reason for Joe to bring back his creepy stalking skills to use, the “Eat Rich Killer” that’s been terrorizing Europe just may be it. To make matters more eerie, Joe is no longer the hunter but the hunted as an anonymous stalker keeps texting him ominous messages about what he’s wearing and what he’s doing. As he gets sucked in deeper, Joe can’t help but feel the rage just bubbling underneath the surface.

“I ran away from all this, but one of you is watching me,” Joe says, as potential suspects come to surface.

“One of you is hiding in plain sight. So who are… you?” he asks. “I just want my little European holiday back.”

Watch the You season 4 trailer below.

Season 4 of You follows Joe, after his previous life went up in flames, as he runs off to Europe to escape his “messy” past, adopt a new identity, and, of course, to pursue true love. But Joe soon finds himself in the strange new role of reluctant detective as he discovers he may not be the only killer in London. Now, his future depends on identifying and stopping whoever’s targeting his new friend group of uber-wealthy socialites.

ET spoke with Badgley in June while he was in the middle of filming season 4 about what viewers can expect now that Joe is living abroad. The actor shared that while the DNA of the show still remains intact, the new season will feel slightly different. 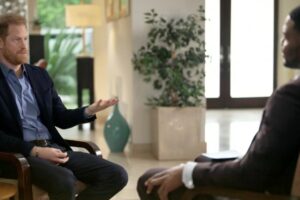 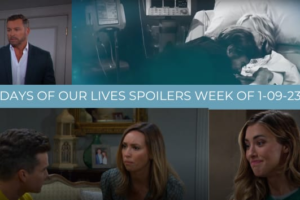